A young lady has taken to Twitter to cry over the death of her boyfriend, who allegedly died on her while they were both having sex. 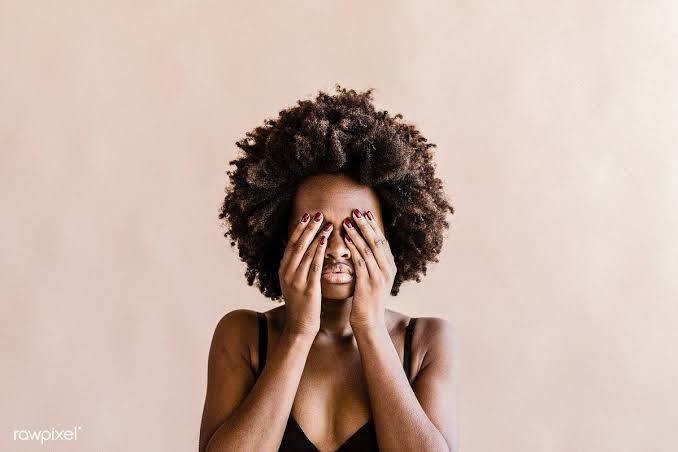 The lady identified as Mrs Smeg disclosed that her lover died on top of her while they were engaged in intercourse.

According to Smeg, she doesn’t know how to explain to his mum the circumstances surrounding her son’s death.

READ ALSO:   5 Songs To Look Out For At Niniola's Concert This Friday! 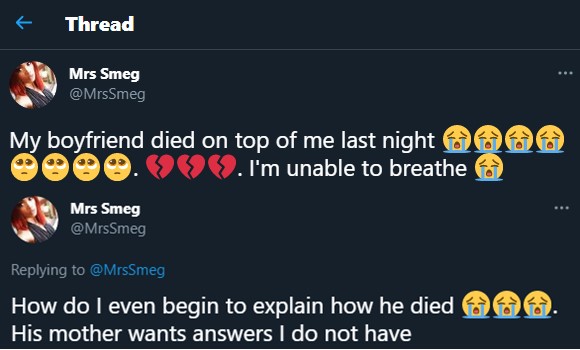 “I Would Win A Grammy Award” – Singer, Harrysong Declares

“I Would Win A Grammy Award” – Singer, Harrysong Declares