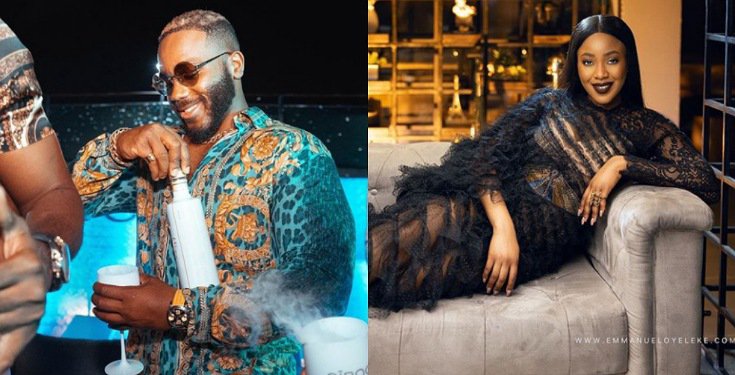 Kiddwaya and Erica started on a very good note from the 2020 Lockdown edition of the reality show when videos and photos from the show proved the two house mates were in a romantic relationship. The two were once accused of having sex during their stay in the house, an accusation many fans of the reality show ‘still’ believes it did happened.

Both stars traveled around together after the show and on several occasions, Kiddwaya admitted he was in love with Erica and wish for the romantic affair to continue. But things turned upside down when Kiddwaya in an interview in February this year revealed he’s no more in a relationship with Erica.

The two in the midst of their breakup rumors celebrated each other on their birthdays as Erica send a shout to Kiddwaya on his 28th birthday in the early days of March this year. Kiddwaya against all odds attended Erica’s birthday party but caused al whole controversy on social media when he refused to dance with the birthday girl.

The two seems to be on each other’s neck on social media as fans always ready meanings into every post each person makes on the internet.

In new post from Kiddwaya on his official Twitter page, the reality show star seems to be ready to move on from people who he thinks doesn’t reciprocate the same energy he gives to them.

If that person doesn’t reciprocate the energy you’re giving out then let that shit go. Remember who the F*** you are and keep it moving. #Mood

Check out some of the reactions from fans after Kiddwaya’s post;