Real Madrid forward, Eden Hazard, was pictured laughing with a Chelsea defender after LaLiga giants were defeated 2-0 at Stamford Bridge on Wednesday.

Hazard was magical during his seven years at Chelsea but was a shadow of his former self for Real Madrid on Wednesday evening.

The Belgium international struggled to make an impact against his former side with Timo Werner and Mason Mount’s goals sealing the deal for Chelsea.

After his poor performance at Stamford Bridge, Real Madrid fans won’t want to see how the Belgian captain reacted to his side’s defeat at full time. 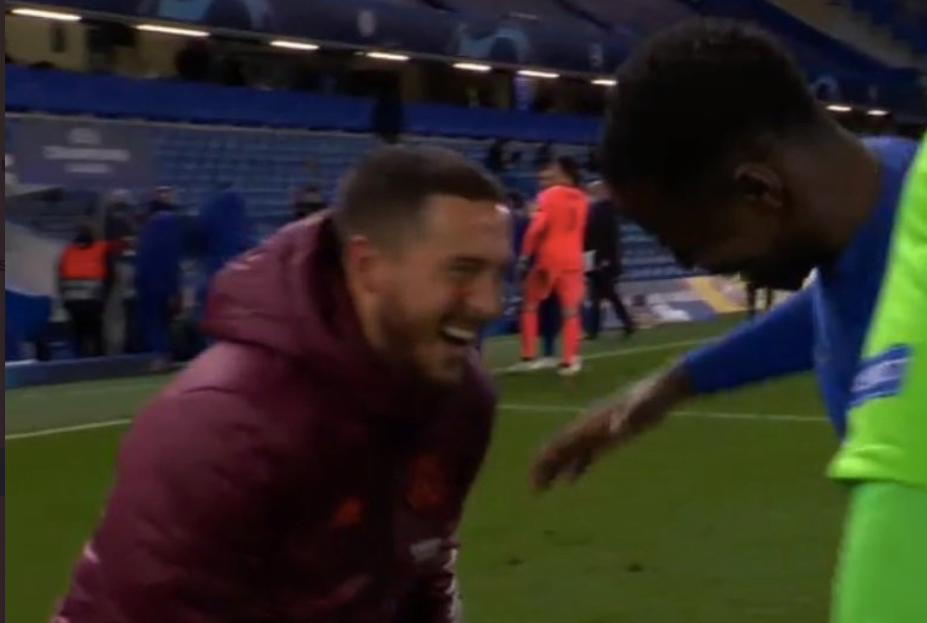 Hazard was spotted laughing with his old teammate Kurt Zouma following his no-show in the match.

“It was difficult in the first half when they had a lot of possession and made us suffer,” he said on BT Sport.

READ ALSO:   What Unai Emery said to Mikel Arteta ahead of Villarreal vs Arsenal showdown

“We were dangerous on counter attacks, but never lost the desire or hunger to defend.

“It was a fantastic performance in the second half, and we could have scored more earlier to be safe.

“It is a fantastic achievement and big congratulations to the team.”