Ace Nigerian movie star and filmmaker, Yul Edochie, has stated that portraying roles of a ritualist in movies is his calling. 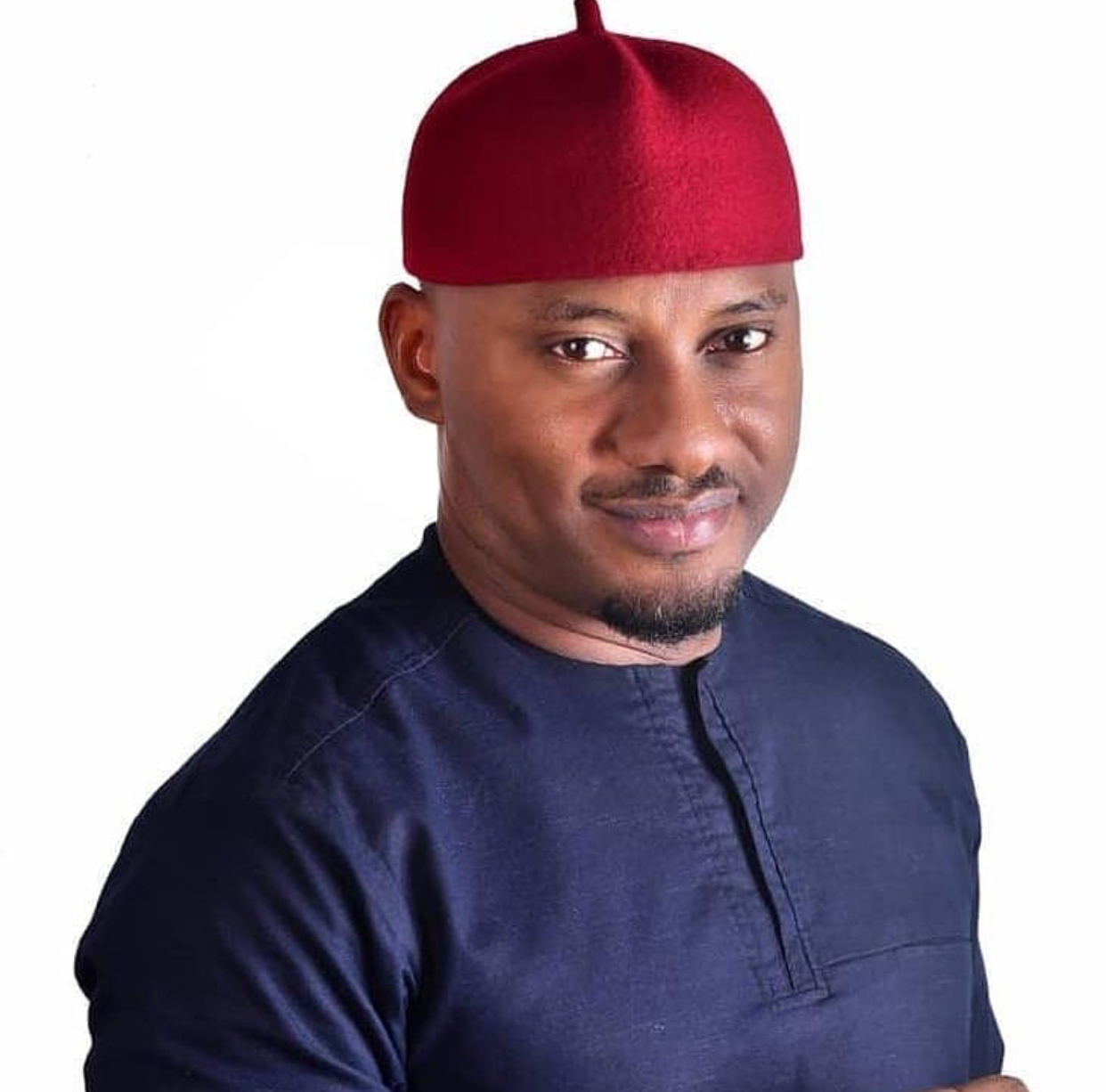 Yul Edochie, an iconic Nollywood star and the son of Nigerian film veteran, Pete Edochie, Sharing a snippet of a recent movie role via his verified Instagram page said:

“Bros, leave am, ritual movies na my calling. The facial expression, the body language, everything. I make such characters look so real.

“Now I understand why boys dey say make I cut soap for dem. If no be say I know myself I for dey fear myself small. I used to be a lover boy in movies, what happened?”

A few weeks ago, the actor who mostly features as an occult member took to his social media page to enlighten his fans who have been asking him about doing money rituals that he is not a ritualist but a good actor.

He said, “The son of Nollywood’s living legend, Pete Edochie, said, “Some people are sending me messages begging me to show them where they can do money rituals. Come on now guys, come on. Na film I dey act.

READ ALSO:   I slept as a Tenant & woke up as a Landlord – BBNaija’s Prince says after receiving a plot of land as pre-birthday gift [VIDEO]

“Just like American action films where one man will defeat a whole city of bad guys. Na storyline be that, e no dey happen. Is it now a crime to be a good actor? Make I no chop??? Na wa for una oo.” 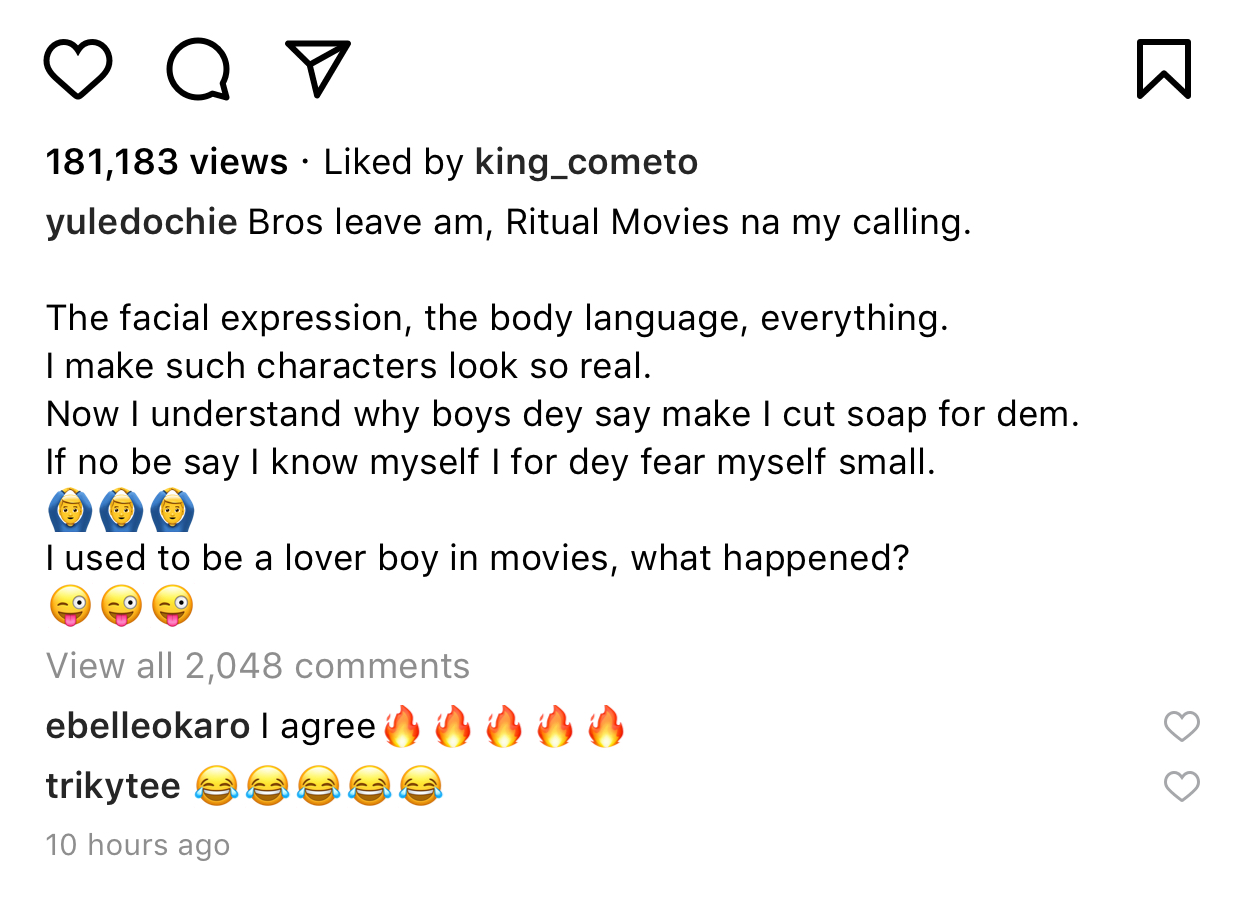 Edochie Joined Nollywood in 2005 when he featured in his first film titled ‘The Exquires’, alongside the Late Justus Esiri and Enebeli Elebuwa.

Omeretta Shows Off Her Six Tattoos With Her Boyfriend’s Name