Shine Ya Eyes housemate Whitemoney is gradually becoming one of the top contenders of the current season.

Whitemoney, who is quickly becoming a favorite contestant has envisioned how the show would change his life. 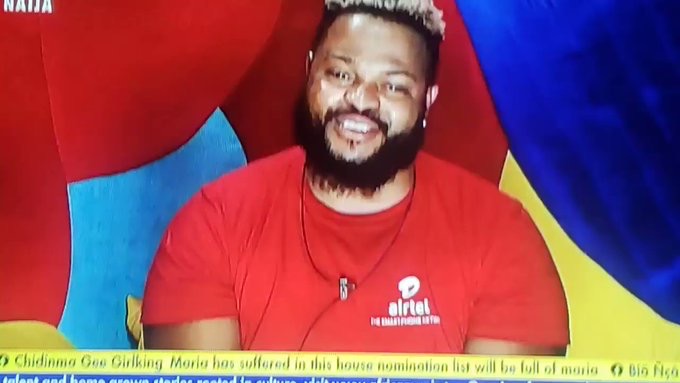 He said this while discussing with Beatrice and Boma on Saturday, day 14 of the show.

According to Whitemoney, the show is his ticket to stardom as he’s certain that on leaving the BBNaija house, he’ll become a star.

Whitemoney said, “The day I pass that door is the day I become a star. The show has hundreds of millions of people streaming.

“Once you come out, you’ll be recognised worldwide. Anything that comes after that day is an extra.

“It’s just all I need. I need that fame. Fame will bring me money, coupled with what I do and through my hard work.”

Whitemoney is one of the first housemates to be up for eviction in the BBNaija Shine Ya Eye season.

Other housemates up for eviction include Beatrice, Yerins, Niyi, and Yousef. According to Biggie, two of the contestants would be out of the show during the eviction show on Sunday.

The criteria for remaining in the house depends on the votes by viewers and fans. The two housemates with the lowest votes would be evicted.

Thomas Tuchel reveals what he did to transform Chelsea after Man...