A young Nigerian boy identified with real names Ifeanyi Ezeobi, from Nanka in Orumba North Local Government Area of Anambra has connived with his elder brother, Nzube Ezeobi, to poison his boss’ family’s food with insecticide. 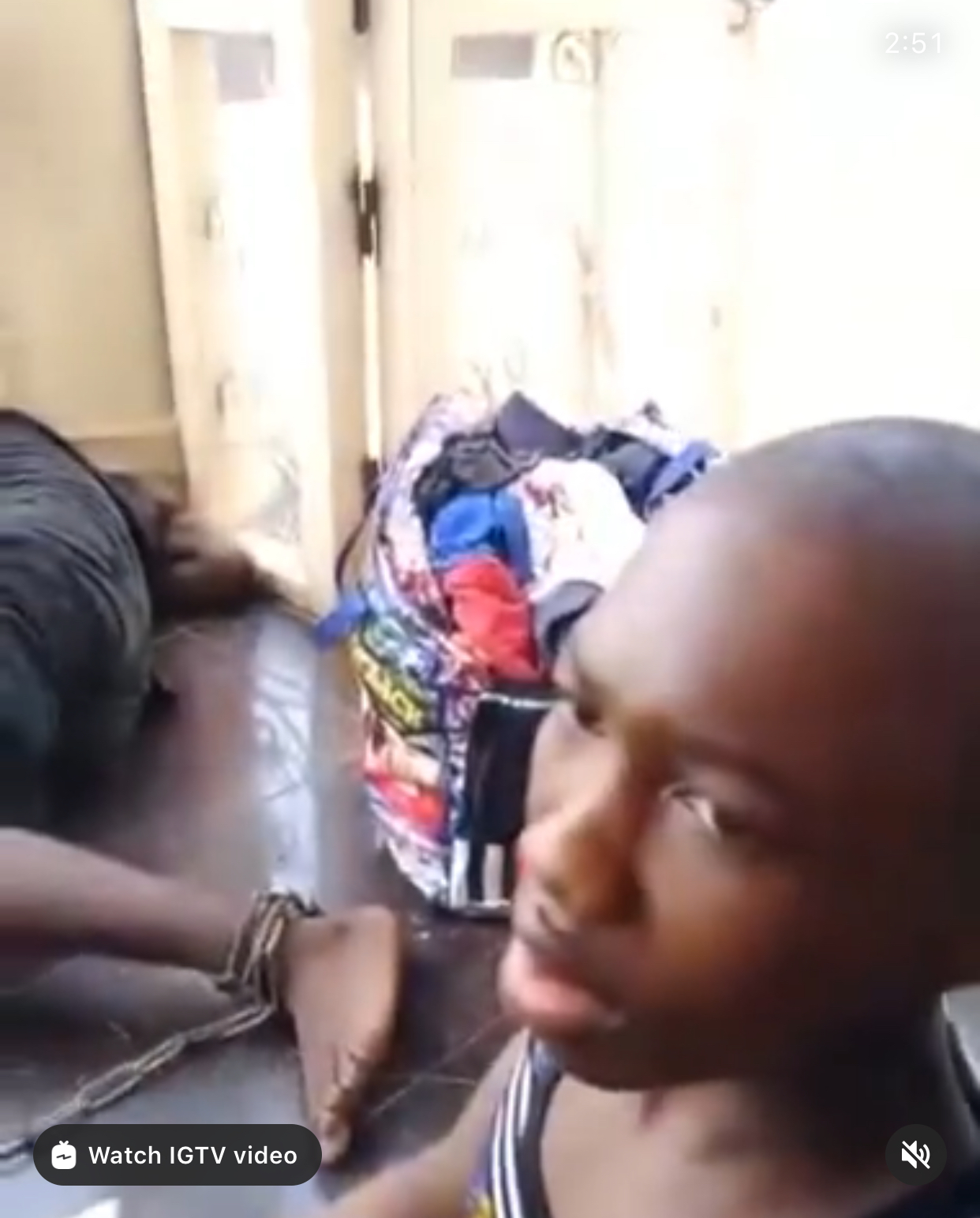 In the video that has since gone viral, Ifeanyi and and his elder brother, were seen sitting on the floor as they got chained after confessing to poisoning his boss’ family’s stew with insecticide.

READ ALSO:   Hilarious Video Of A Bride & A Groom Enjoying Themselves In An Abobo Yaa After Their Wedding (VIDEO)

According to Ifeanyi, he says his elder brother told him to poison his boss’ family’s stew with insecticide, which he obviously carried out. After poisoning the food, Ifeanyi went out as he tried to act like he didn’t know anything about the death of his boss’ family. 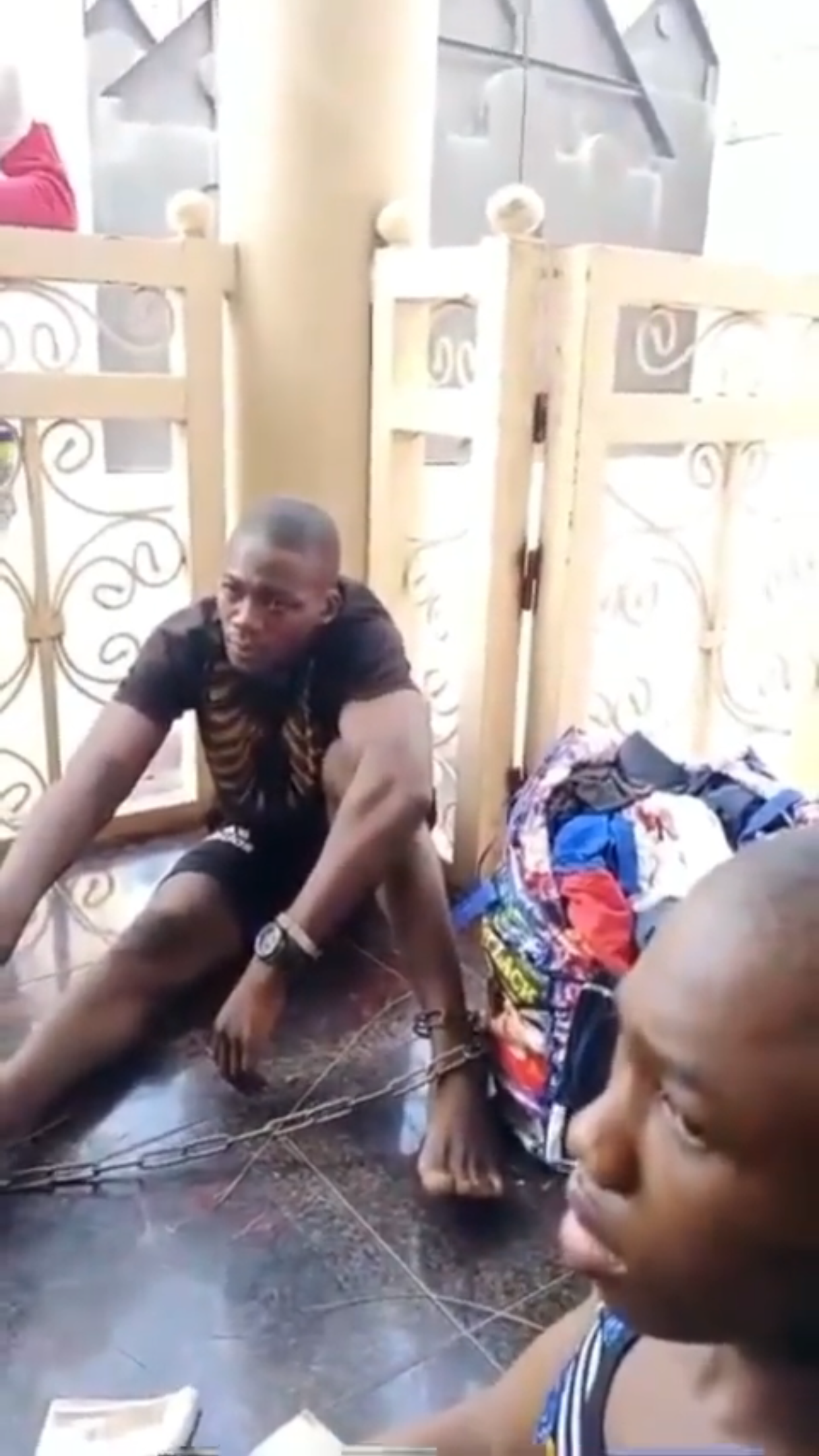 He came back, only for him to find out that his boss and family were still alive and he was made to confess. According to the unseen woman interrogating the brothers, she says that Ifeanyi got the insecticide from his father, Mr. Paul Ezeobi.

READ ALSO:   You Better Get Divorce And Marry A Fresh Boy – Regina Daniels Advised Over This Video With Ned Nwoko

While confessing, Nzube Ezeobi, said that the family employed his younger brother through him. Also, Ifeanyi Ezeobi, was fond of stealing his boss’ money and handing it over to his elder brother.