Angel is no doubt one of the top contenders in the ongoing Shine Ya Eyes season.

The young lady has managed to grow on fellow housemates in the house and viewers of the reality show.

Mother to Big Brother Naija Shine Ya Eye housemate, Angel, has revealed that after her failed attempts to go for the show, she asked her daughter, Angel, to the game instead. 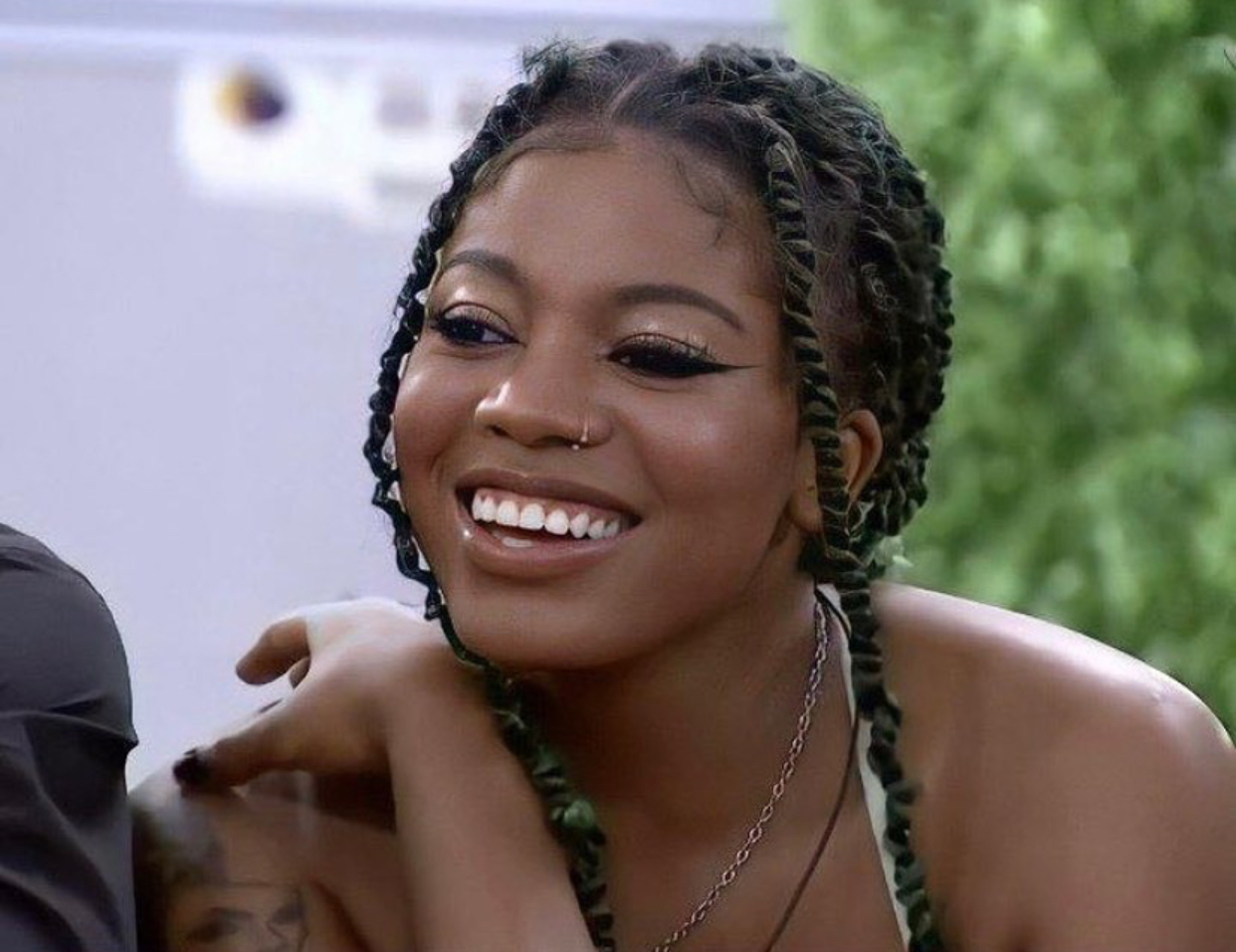 Her mother made this known on her Instagram page, @titilala_brownsugar, on Monday as she shared a picture of herself.

READ ALSO:   Tina Mba cautions her grandson after he failed to greet her co-stars on set (video)

Angel’s mum pointed out that she and a friend had been trying to be on the show but always had to cancel it due to circumstances. 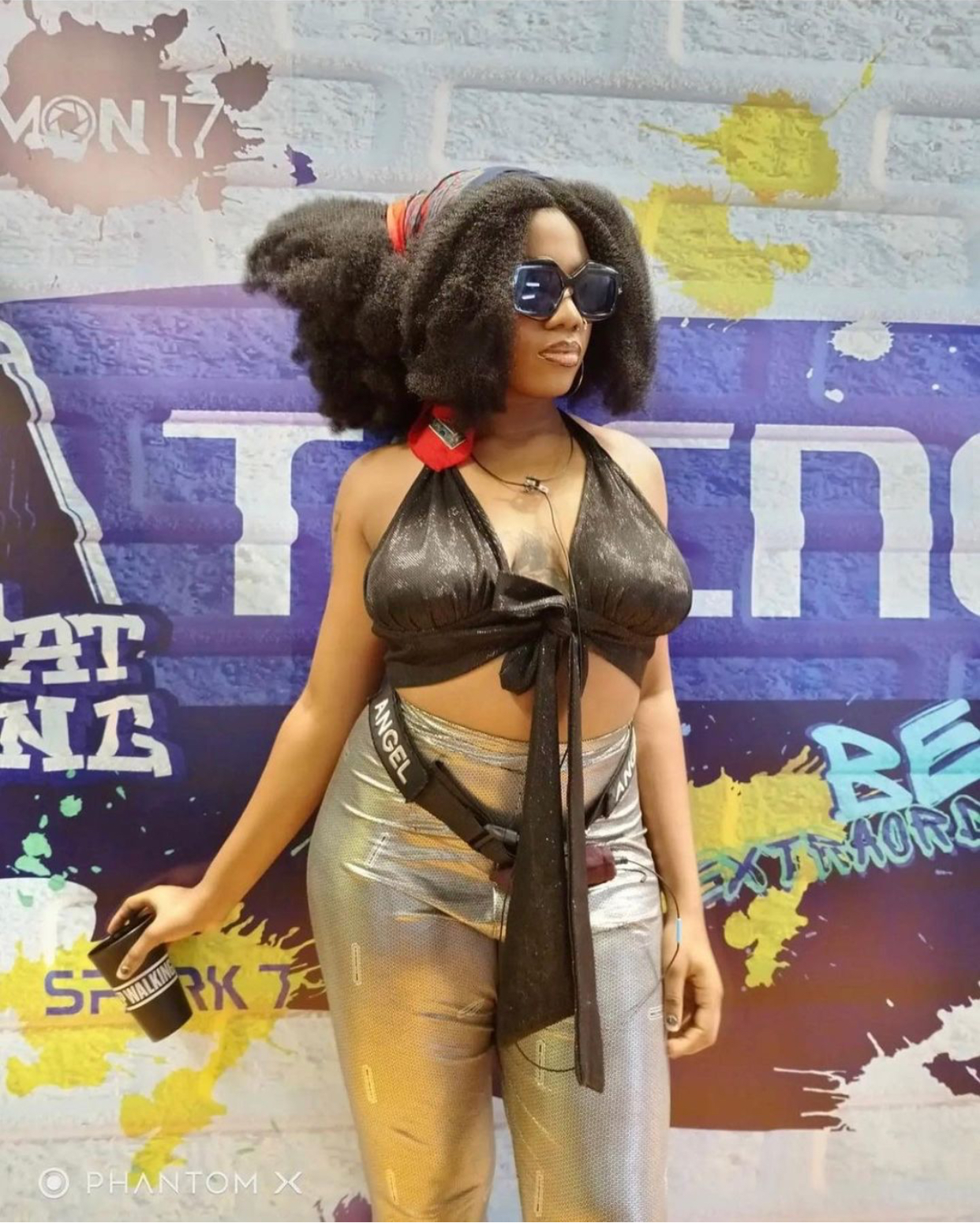 She wrote, “A lot of you don’t know that before I asked my daughter to go for BBNaija, me and my girl, @chefyeide, has been trying to go for it but something always comes up that we had to cancel it.

“So if you come to my page to insult me, I swear on the woman that gave birth to me, I will insult you before I block you.”

In the Big Brother Naija Shine Ya Eye house, Angel has always talked about her young parents. The 21-year-old earlier stated that her mother had her at 16 and her father manages her social media page.

During a task presentation in the house, Angel revealed that her mother tried to abort her due to the pressure over the teenage pregnancy. 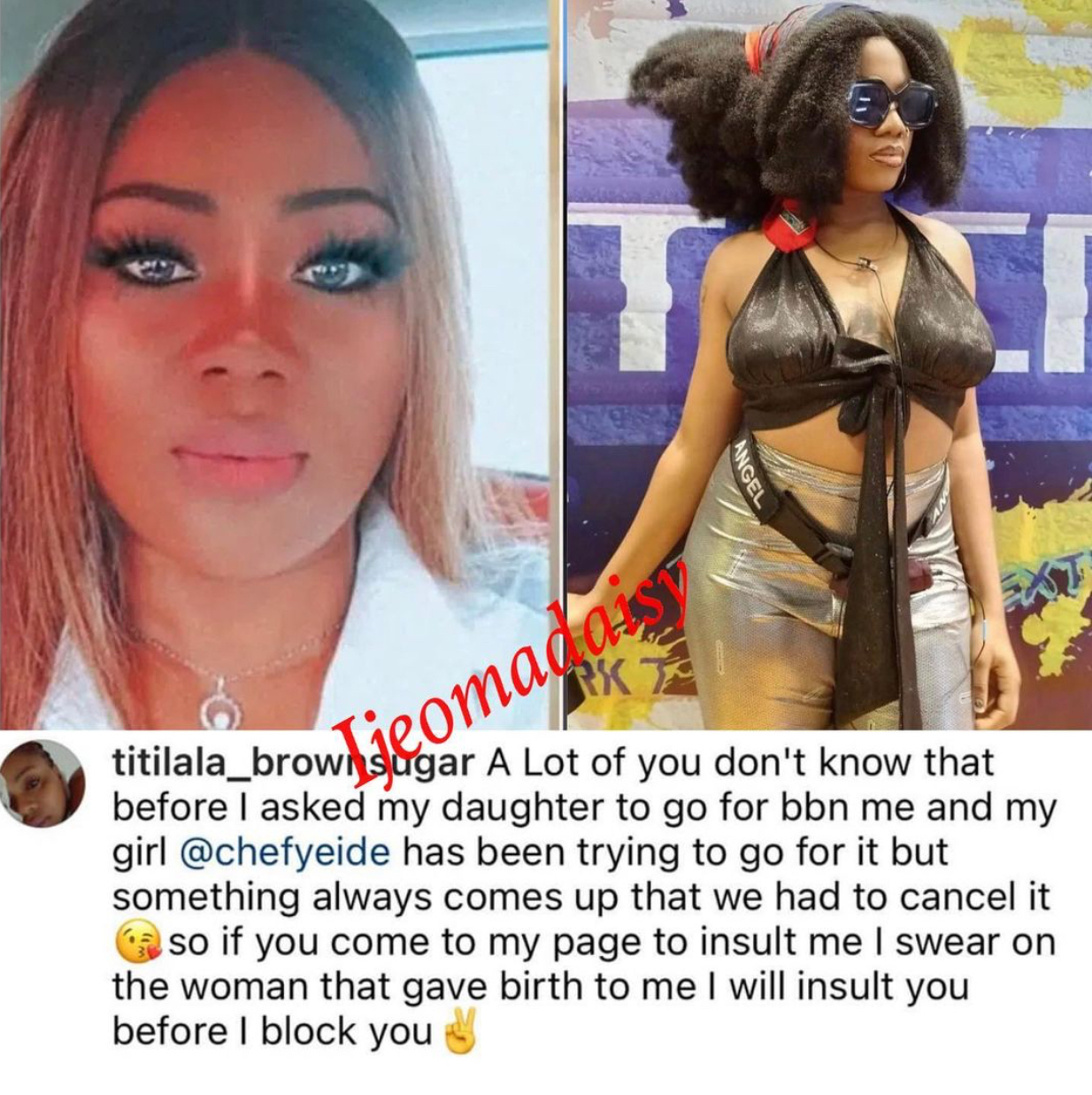