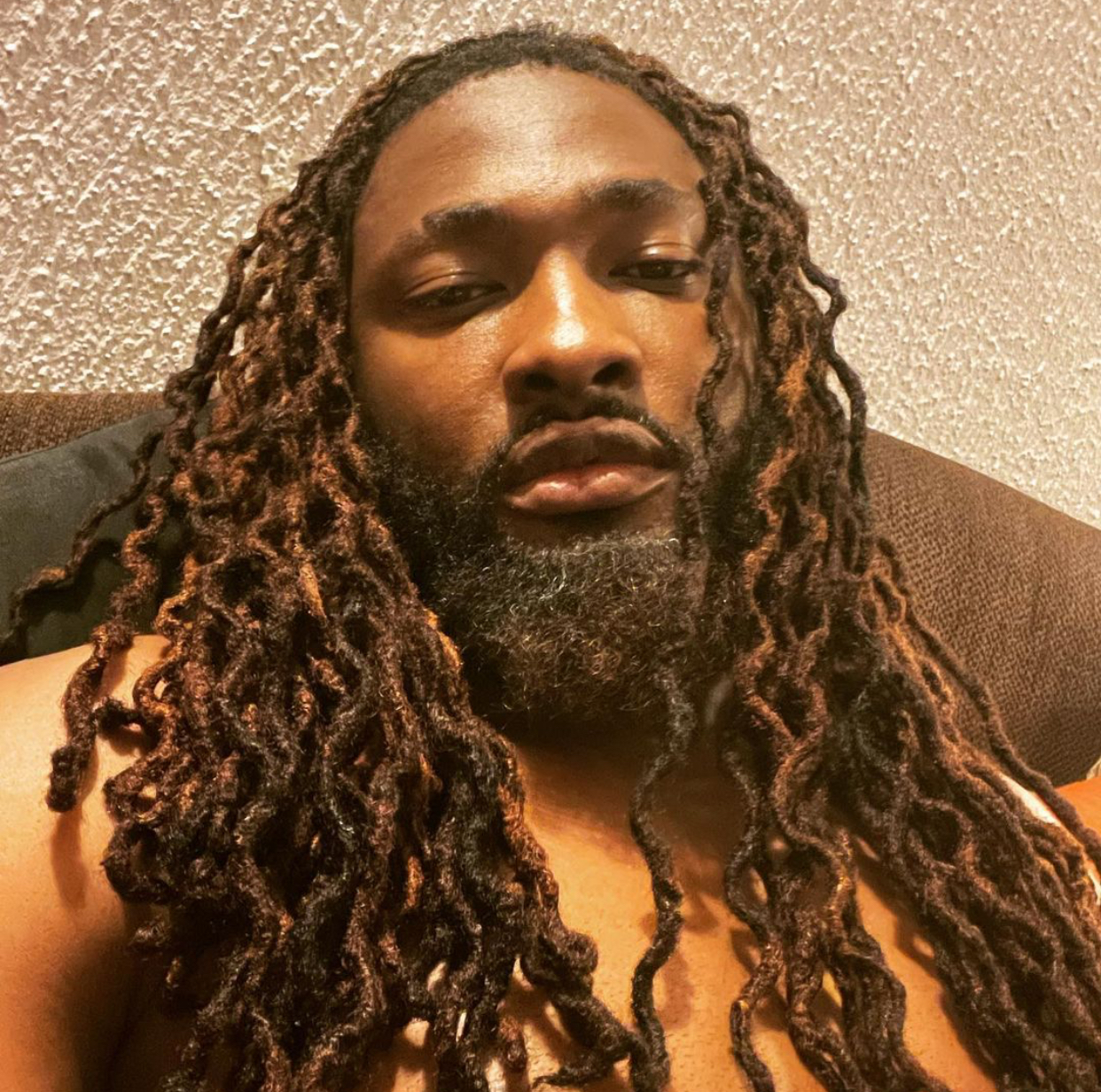 Maria Chike Benjamin who many thought would go far in the show, was evicted tonight alongside Sammy and JMK, after getting the third lowest votes. 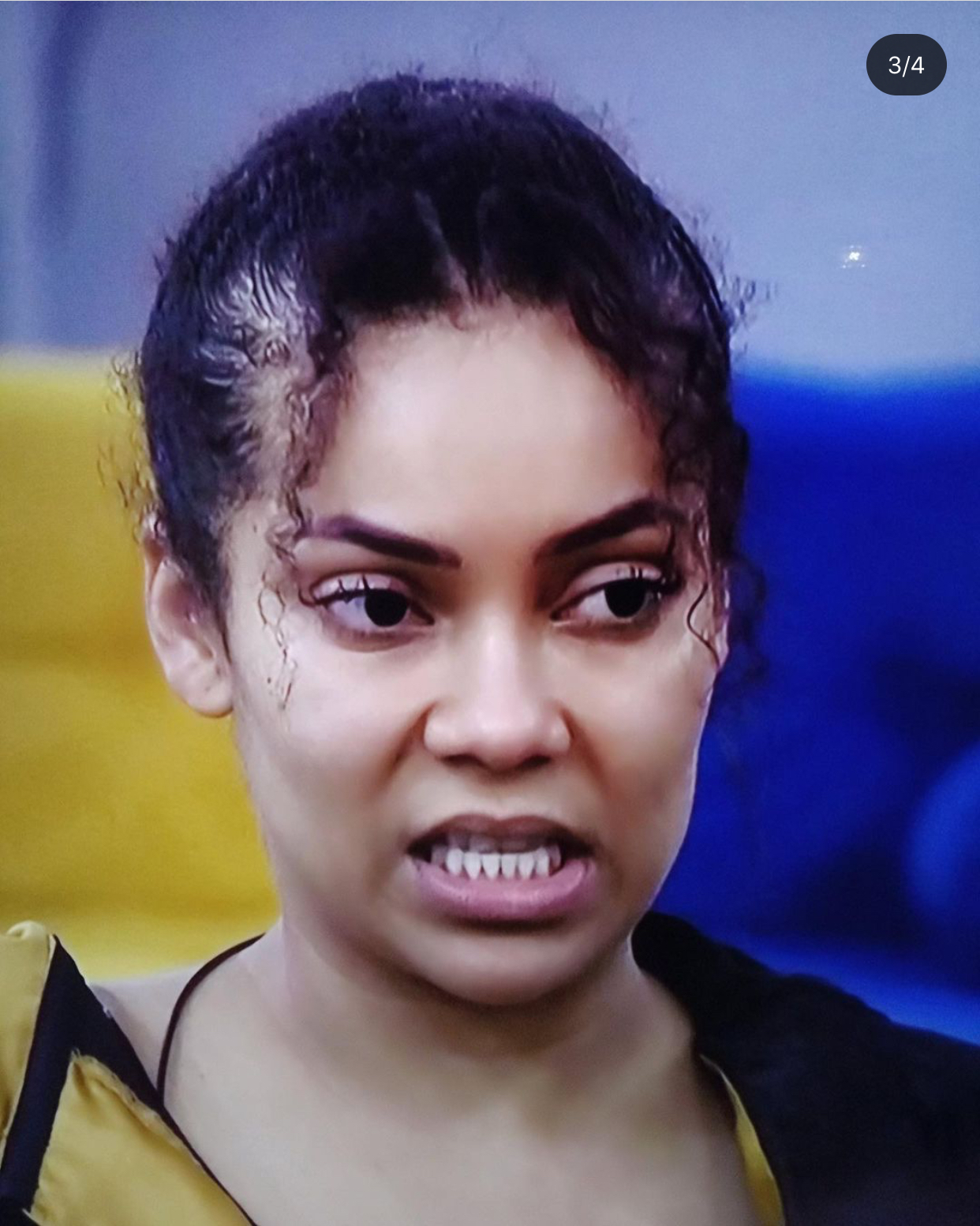 Maria from day one of the show had been the center of attraction so her eviction came as a surprise and has been trending online.

Uti joined in the conversation as he opined that Maria was milked dry by the organisers of the show even though she played her part well as a wild card (fake housemate) and also did well with the secret task assigned to her by Biggie.

He said Maria should have been given immunity reward for a job well done, instead, she was denied that opportunity and ultimately evicted from the show. 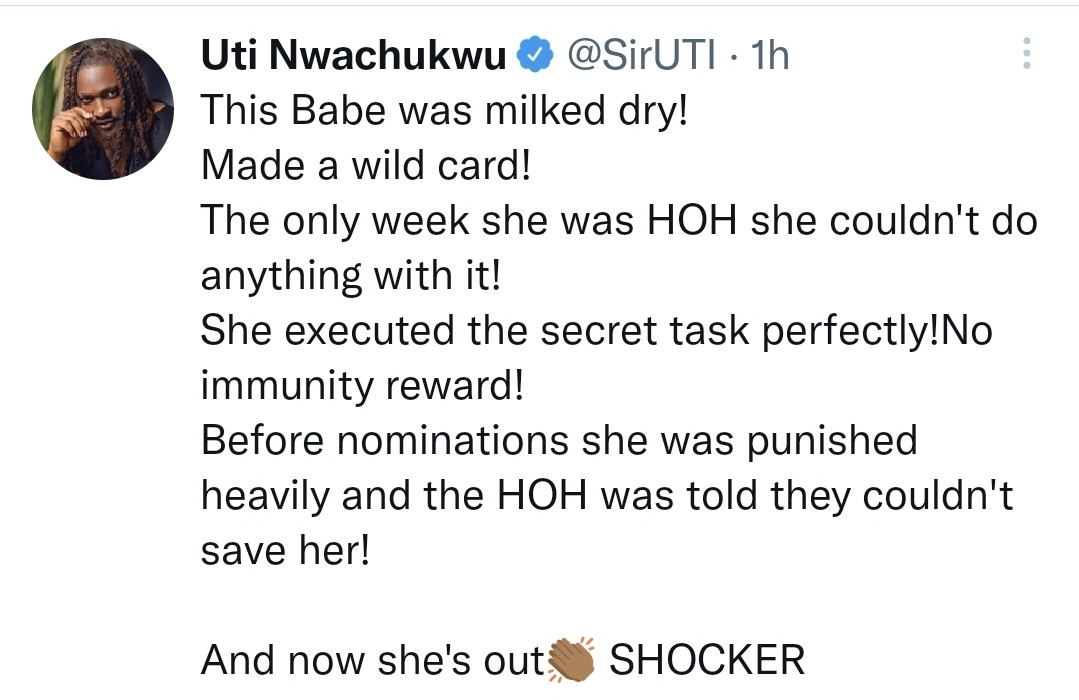