Popular Nollywood actor and model, IK Ogbonna has jumped to the defense of his bestie Alex Ekubo after he was trolled over his failed engagement with Fancy and receiving an honorary doctorate degree. 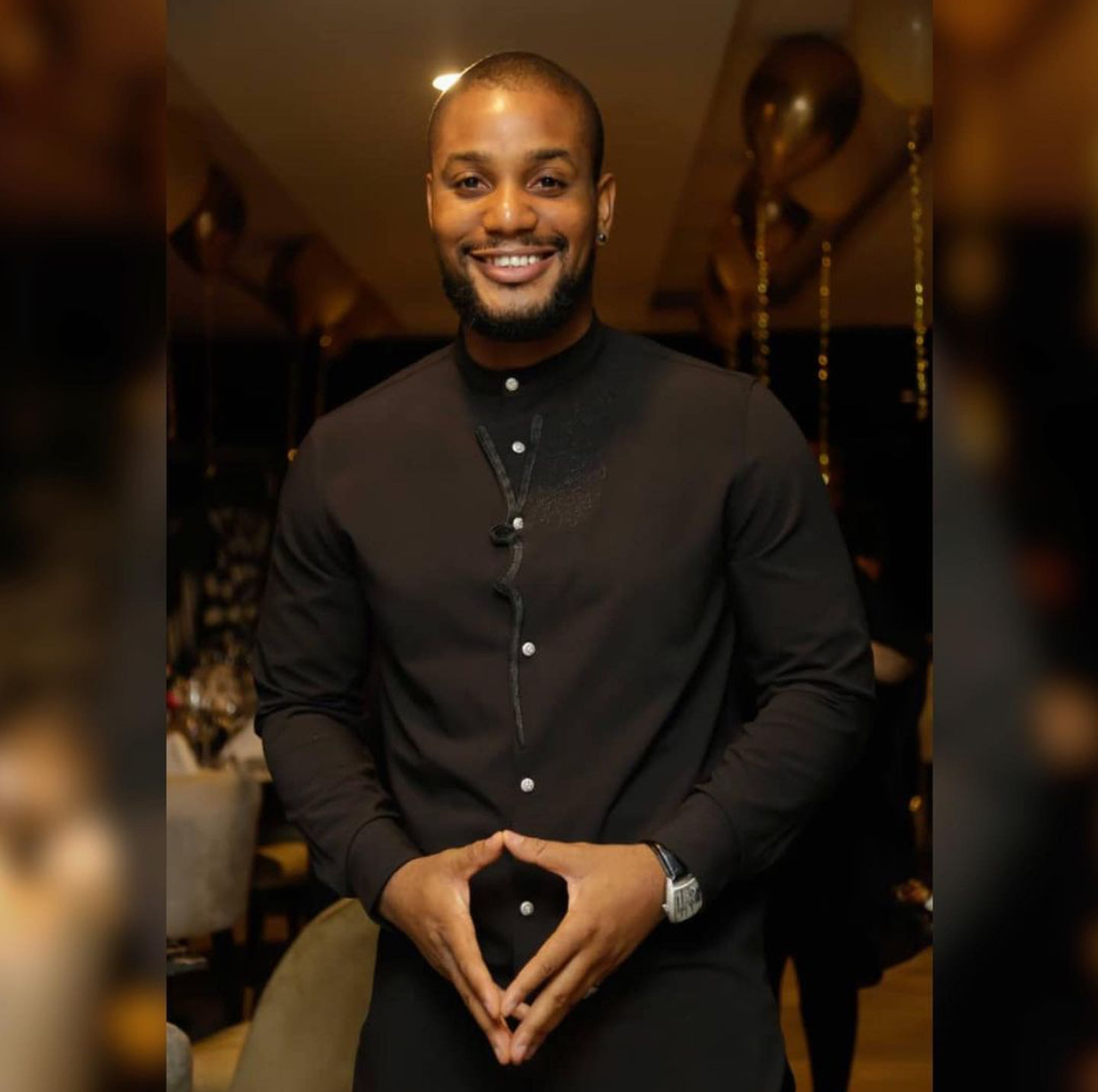 Alex Ekubo got dumped by his fiancee Fancy for some reason asking him to live his truth and a few days later was awarded an honorary doctorate degree and a man reacting to that mocked him saying since he didn’t get a married certificate this is good.

READ ALSO:   Rita Edochie responds to those asking her to show mercy after she vowed never to forgive Ada Jesus for the allegations she made against her and Prophet Odumejeje (video) 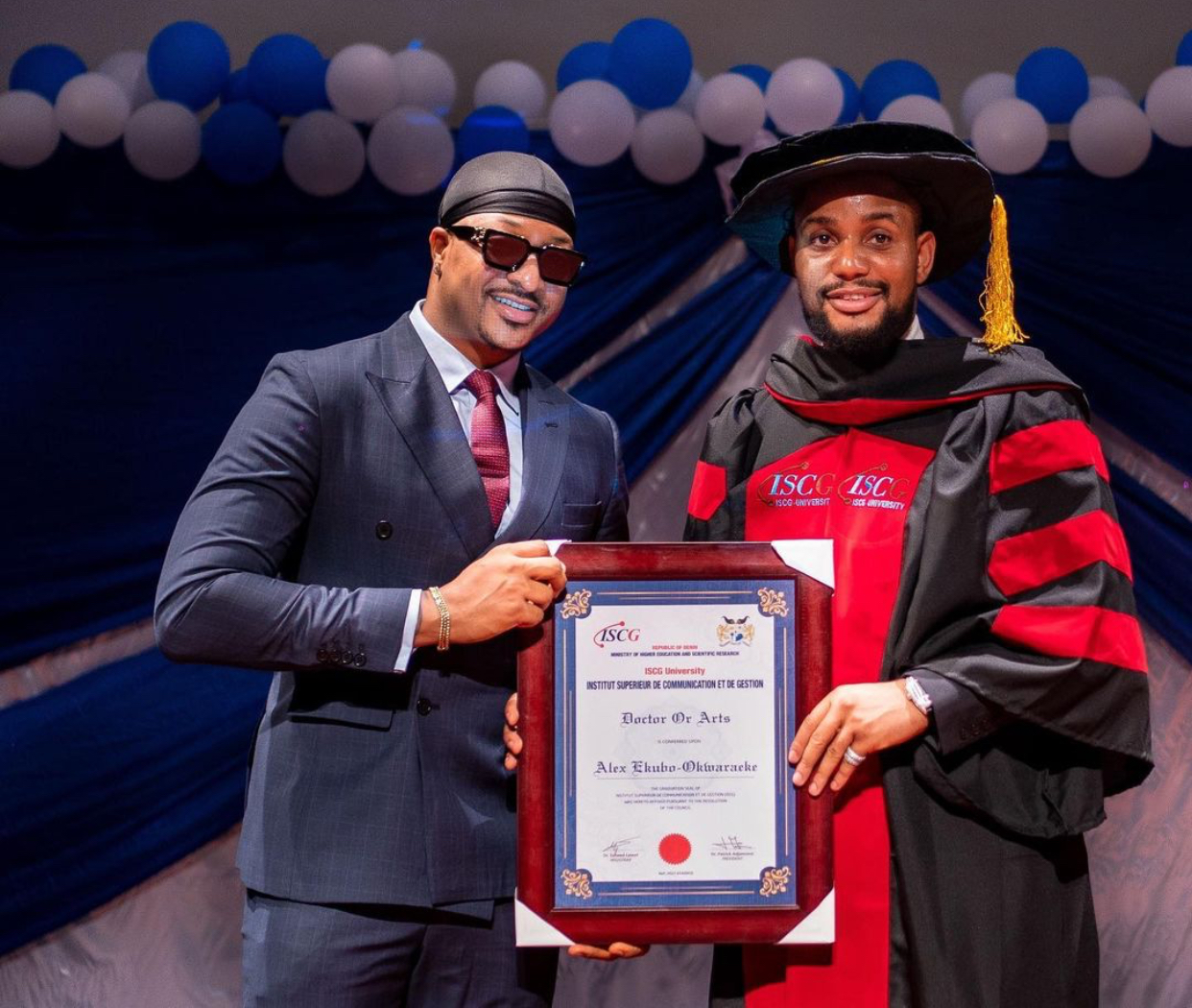 According to the troll, since Alex Ekubo wasn’t given a marriage certificate at least he now has an honorary doctorate degree making fun of him with some laughing emoji but his friend IK Ogbonna was there to defend him.

IK Ogbonna slammed the troll saying he is yet to get a working brain but at least his friend has a certificate. It’s unfortunate that Fancy called off their engagement and it appears Alex Ekubo has decided not to address such in the meantime.

READ ALSO:   It’s only in Nigeria that fans miraculously buy mansion for a celeb — Actor Uche Maduagwu slams Erica, as he showers praises on Nengi 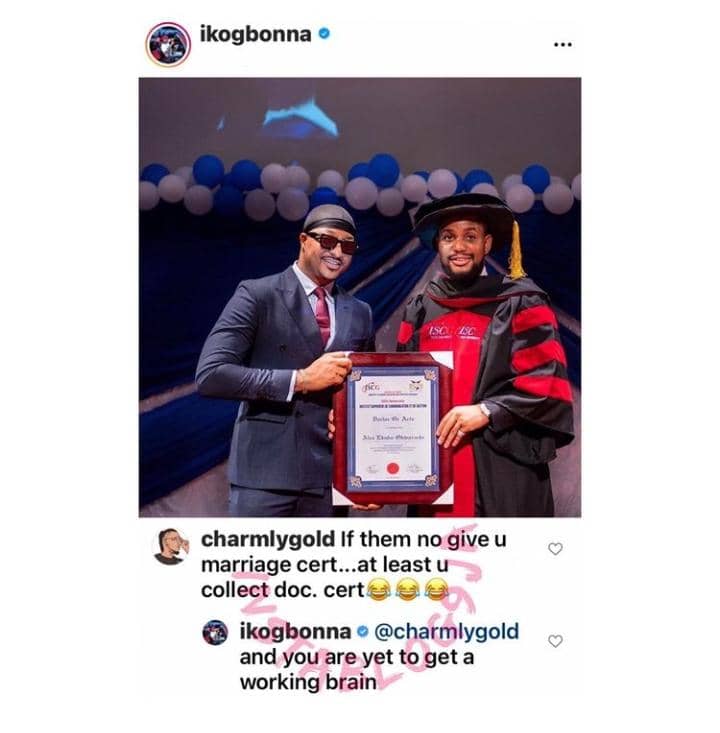