It looks like BBNaija stars Tega and Boma will keep doing what will make Nigerians talk about them.

In the video, Boma and Tega were carrying out their tasks as fast as possible. Later in the video, the housemates kissed.

In the caption that accompanied the video, Boma’s IG handler hailed him as a fine man, adding that posing and kissing come naturally to him.

As expected, the video drew reactions from Nigerians, including Tega’s IG handler who is assumed to be her husband.

Tega’s handler told Boma’s to come out to fight but the latter begged him. 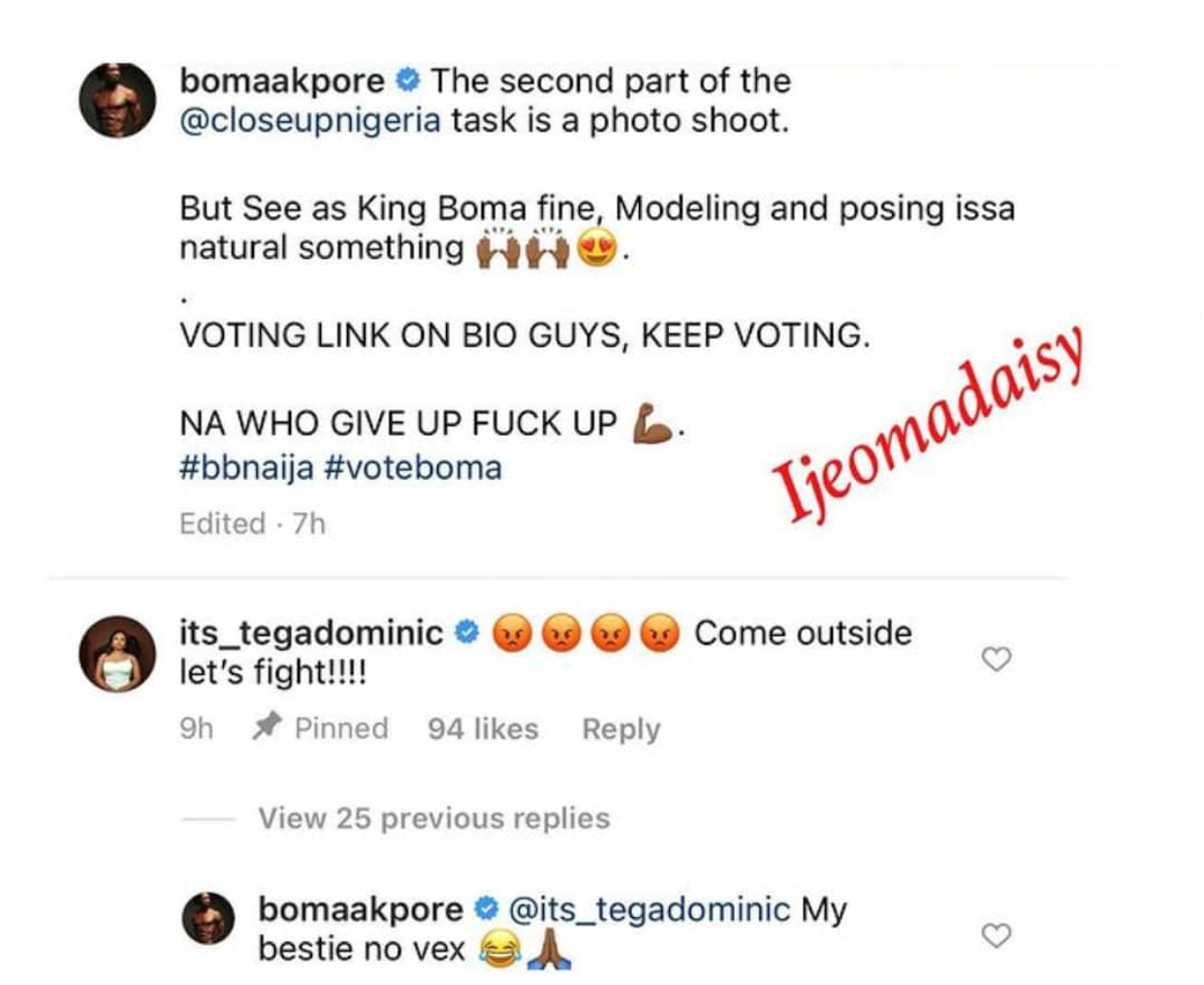 Boma’s handler did not seem to be fazed about Tega’s confrontation as he shared another video of the housemates sealing their presentation with a kiss.