Governor Abdullahi Sule of Nasarawa State has commiserated with his Plateau State counterpart, Governor Simon Bako Lalong, as well as the people of the state, over the recent crisis that led to the loss of lives and destruction to property.

Governor Sule made this known when he led an entourage that include the Secretary to the Government of Nasarawa State, the Emir of Lafia, HRH Justice Sidi Bage Muhammad (rtd), as well as representatives of the CAN, JNI and JIBWIS, to the Plateau State Government House, on Thursday. 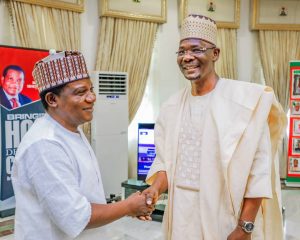 While expressing regret over the unfortunate incidence that engulfed Plateau State recently, the governor said he undertook the visit in the spirit of brotherliness and solidarity, as well as to identify with Governor Lalong and the people of the state, especially at such trying moment.

Governor Sule identified Jos, the capital of Plateau State, as a home to all Nigerians, describing it as unfortunate a situation where people that have existed together for long, will be killing each other on the basis of tribe or religion.

According to the governor, peace remains the most realistic ingredient for any kind and of development, stressing that unless there is peace, there won’t be development. 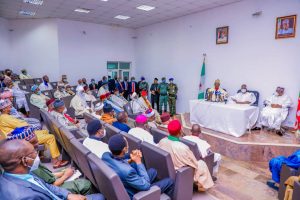 He commended Governor Lalong for his efforts to restore peace and development, to not only the state but the entire North, in his capacity as chairman of the Northern Governors Forum (NGF).

“We can’t afford to divide the people living on the Plateau. It hurts that people that have been living together, are killing each other,” he stated.

Engineer Sule said he found it necessary to lead the visit because of the history of the people in the two states, adding that the people of Nasarawa can’t afford to fold their arms, once there is crisis in Plateau State. 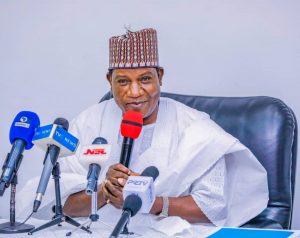 The governor noted that, with Plateau being home to Nigerians from various backgrounds, it will not augur well to divide the people along ethno-religious divide, especially that the state is abundantly blessed with minerals and other natural resources that could fast track development.

He emphasised on the need for the people to tolerate each other, irrespective of differences in tribe or religion, especially that none of the two prominent religions condone wanton killing or destruction of property.

The governor particularly, appealed to the people of Plateau State not to allow desperate politicians to sow seeds of discords and to divide them.

He equally appealed to both traditional and religious leaders, on their critical role in ensuring unity and peace in the society.

As part of the visit, Governor Sule, presented a letter containing the message of solidarity from the government,  as well as donated an undisclosed amount of money towards alleviating the plight of persons affected by the recent crisis. 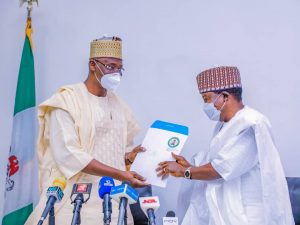 In his response, Plateau State governor, Rt. Hon Simon Bako Lalong, thanked his Nasarawa State counterpart for undertaking the visit, to show support and solidarity to both the government and people of Plateau State.

While noting that, Plateau is home for people of Nasarawa and Benue states, Lalong particularly thanked Governor Sule, on his concern right from when the crisis erupted, describing as true demonstration of brotherliness.

The governor disclosed that his administration is working tirelessly to resolve the issues leading to the frequent crisis for good.

Governor Lalong used the opportunity of the visit, to appreciate spiritual leaders for their continued prayers for lasting peace, while also calling for the re-orientation of youths who may not readily understand how different communities existed peacefully on the Plateau long ago.

According to the Plateau State governor, security is how the people of the state can live together in peace, adding that, when the people remain united and agree to live in peace, there won’t be crisis.

Also, as part of the visit, the two governors entered into a close door meeting with traditional and religious leaders from both Plateau and Nasarawa rstates, with a view to ensuring lasting peace. 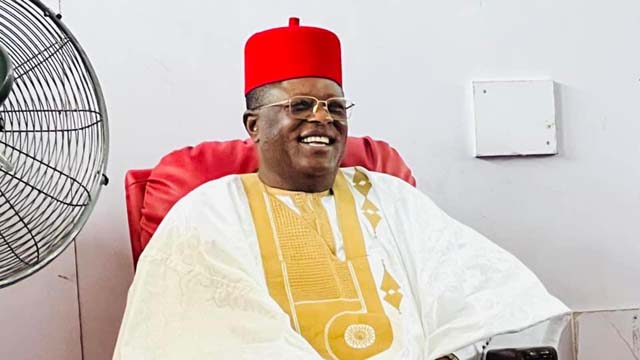