Popular entertainer, Harrysong has waded into the family crisis involving Tuface Idibia and his wife, Annie.

The internet on Friday morning went agog after Annie dragged Tuface on social media for sleeping at his ex’s house despite all she’s gone through with him.

She claimed Tuface’s family hated her and were trying to do everything in public to disgrace her.

Tuface’s brother, responding, told Annie to release evidence of the wrongs his family did to her.

According to him, Tuface is dying slowly and is not living a happy life.

Reacting on Instagram, Harrysong advised young men not to marry any woman who likes to post on social media about everything.

According to him, this is the only way to have peace.

His post read: “If you want to live long and have peace in your home as a young man do not marry a woman that’s heavy on social media, that can’t have a description of what to post and what not to post because everything becomes content for brands.” 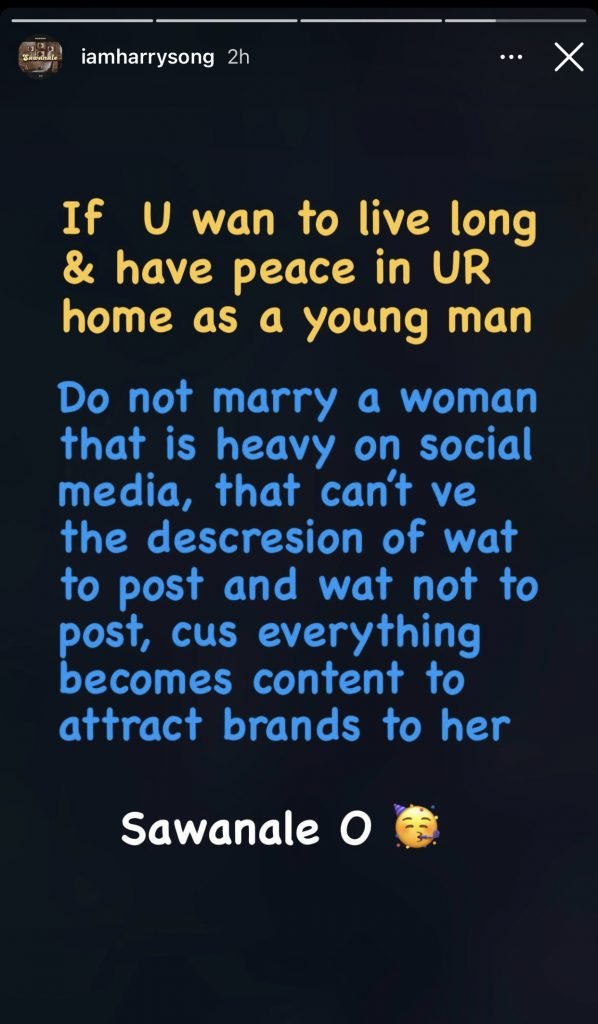