Chizzy Alichi and Zubby Michael threw punches at each other while arguing over a woman being the “King of Boys”. 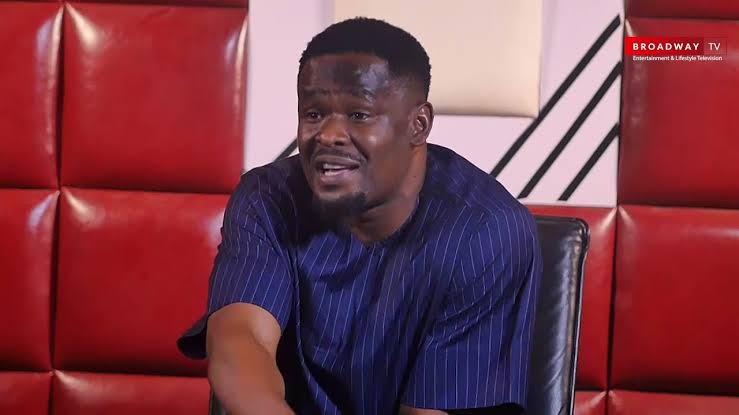 It began when actor Zubby left a comment on a post, saying: “A woman can never be King of boys.”

Chizzy responded: “A woman can be anything and whatever she wants to be…”

Zubby then resorted to insults, calling her a “local girl” who copies the white people. He also brought her husband into the matter and called Chizzy a mad person (ndi ala).

The actress hit back, slamming Zubby. She also included his mother in her response. 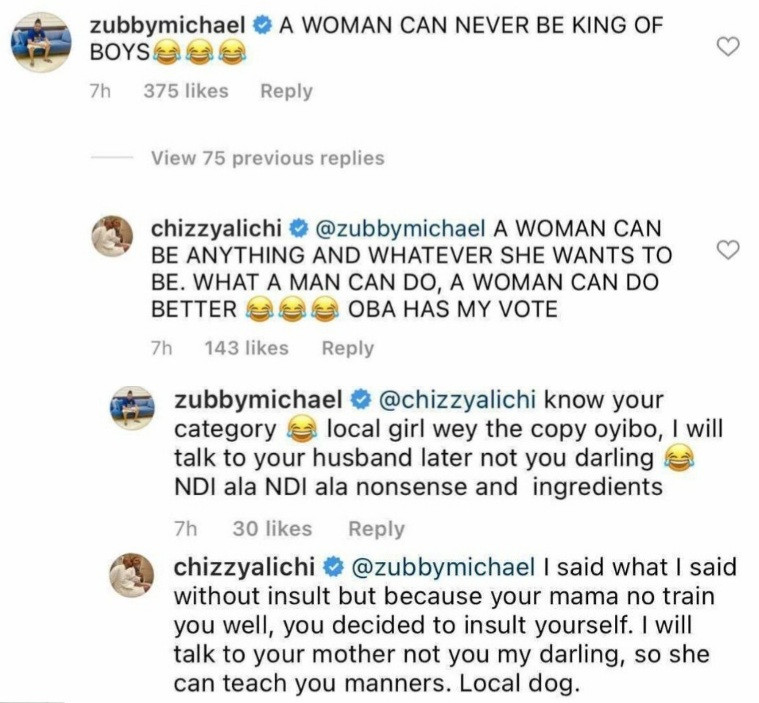 Leaked Tape: Stop dating touts, thugs and hanging around people who have nothing to lose – Music Enthusiasts warns Nigerians Women

Andrew Yang Says Forward Party Will Be a ‘Crypto Party’