Governor Abdullahi Sule of Benue State has called on stakeholders of the ruling All Progressives Congress (APC) in the state to shun winning at all cost, but be patient and accommodate each other for the progress of the party.

Governor Sule made the call at the maiden state APC caucus meeting, which held at the Government House, on Saturday.

This was even as the party’s stakeholders adopted consensus for the local government congresses across the state. 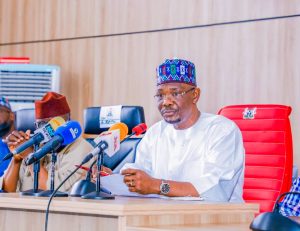 The governor pleaded with the members of the state caucus of the APC, to desist from seeking to win at the detriment of others, a reason why members of the party may even revolt, openly or behind the scene.

According to Governor Sule, the best way to go about the congresses is to be accommodative, with the stakeholders working together to make the party successful.

He emphasised on the need for the stakeholders to put the interest of the party above individual interests, as once the party is successful in the forthcoming local government elections, at both the council and ward levels, the stakeholders can be beat their chest for providing effective leadership.

“Once our party is successful at the councils and wards, then we can be proud to say we are providing the leadership,” he said.

Governor Sule admonished the stakeholders from pursuing selfish interests to the detriment of the party. 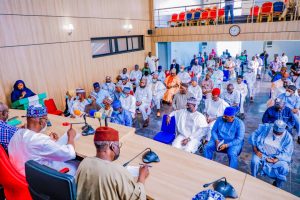 “The leadership that we provide that sometimes creates problem, is the leadership of selfishness, where a person will insist only him must win,” he stated.

The governor equally called on the members of the state caretaker Committee of the party, to abide by the decision taken by the caucus of the party for the local government congresses.

Governor Sule explained that he tried as much as possible not to get involved in the conduct of the individual local government congresses across the councils, with the exception of Akwanga Local Government Area, where he abided by the decision of the stakeholders.

He used the opportunity of the meeting, to appreciate members of the State Congress Committee, chaired by Hon. Abdullahi Garba Abbas, for not only accepting to return to the state to conduct the local government congresses, but to have ensured that Nasarawa State came nation in the country during the ward congresses.

The governor commended critical stakeholders of party, for working hard to hold a maiden state caucus meeting of the party, as acknowledged by the immediate past governor of the state, Sen. Umaru Tanko Al-makura, who pointed out that throughout his tenure, the party was not able to hold caucus meeting at the state level.

Also speaking, the immediate past governor of the state, Sen. Umaru Tanko Al-makura, commended the members of the state caretaker committee, for breaking the jinx of organising the maiden caucus committee of the party.

According to the former governor, it was not possible for his administration to organise such a well planned meeting of the state caucus. 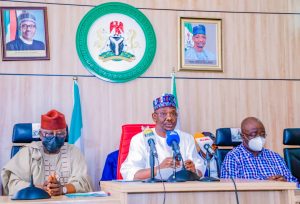 He specifically commended the caretaker committee for opening the platform for effective utilization of one of the party’s organ to operate.

Sen. Al-makura equally congratulated members of the caucus and critical stakeholders, for doing a great job for the APC,  by not only making the party attractive for others to join, but also heeding to the directive of the caretaker committee to adopt consensus at all levels of the congresses.

He particularly commended Engineer Sule, for his commitment, doggedness and fairness, which afforded members of the party opportunity to participate in every activity of the party, while assuring the governor of continued cooperation and support from every loyal member of the APC, in order to succeed and make the party great.

In a remark, former member of the House of Representatives and 2019 gubernatorial aspirant of the party, Hon. Ahmed Aliyu Wadada, emphasised on the need for stakeholders of the party to remain peaceful, obedient and to eschew acts capable of sowing discord among members of the APC.