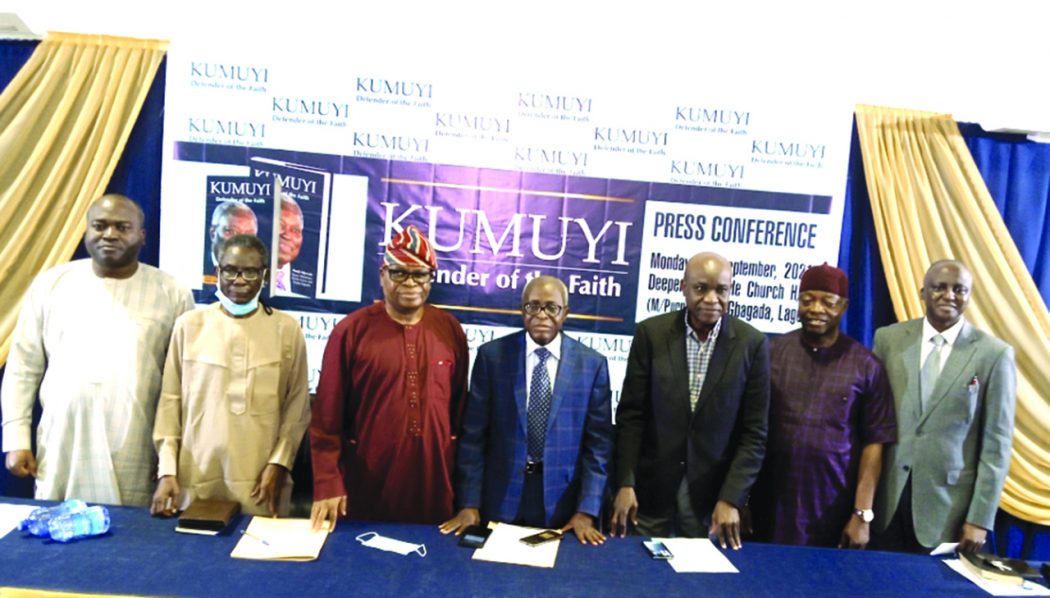 The public presentation of the authorised biography of Founder and General Superintendent of Deeper Christian Life Ministry (DCLM) Worldwide, Pastor William Folorunsho Kumuyi, titled: Kumuyi: Defender of the Faith, has been slated for September 17, 2021, at Eko Hotels and Suites, Lagos, by 11:00 a.m.

Chairman, Editorial Board, Pastor Philip Oluwi, while addressing journalists in preparation of the launch in Lagos at the Multipurpose Hall of the Deeper Life Bible Church Headquarters, Gbagada, Lagos, yesterday, said that the Vice President, Prof. Yemi Osinbajo, is expected to chair the event.

READ ALSO:   ''In Nigeria, children have no rights. This is no place to raise your kids'' - Actress Ruth Kadiri

He said Lagos State Governor, Babajide Sanwo-Olu, would be the chief host, and the foreword to the book was written by General Overseer of the Redeemed Christian Church of God, Pastor Enoch Adejare Adeboye.

According to him, the book is a must for everyone, as it provides the world with a rare glimpse of the hitherto untold remarkable stories of this uncommon man of God that time and space have enabled us to compose and narrate. “It provides a spherical, stirring and spicy narrative of a multifaceted and iconic cleric that many in Nigeria and the world have always longed to know more clearly,” Oluwi said but who has always shied away from public acclaim.”

He noted that the singularly most important lesson, which other ministers and budding servants of God can learn from the life and ministry of Pastor Kumuyi is the sacred ability to stick to the divine pattern, as the man of God has done for almost 50 years.

Entry will be strictly based on invitation in compliance with COVID-19 protocols.