The 150-year-old prestigious Emirates FA Cup is back for another season with all London clubs eyeing the chance to win some silverware in the 2021/22 campaign.

Chelsea were the closest out of all the teams from the capital in their attempts of bringing more success back to Stamford Bridge but they fell at the last hurdle in the final last term against Leicester City.

Youri Tielemans’ second-half wonder strike was enough to condemn the Blues to FA Cup Wembley heartbreak, as Thomas Tuchel’s side never got going on the day.

That disappointment didn’t live too long in the memory of the Chelsea faithful as they ended the season in spectacular fashion- finishing in the Premier League top four and more importantly, winning their second ever Champions League crown with their 1-0 triumph over Man City in Porto.

Nonetheless, they will be looking to bounce back in the FA Cup after consecutive final losses.

The first of which came against London rivals Arsenal who came from behind in the 2019/20 final to defeat the west Londoners 2-1 courtesy of Pierre Emerick-Aubameyang’s double.

Mikel Arteta will be hoping for the same kind of fortunes in a competition that the Gunners have a great reputation in.

Their 14 titles- most of which came under the legendary Arsene Wenger- means the north Londoners are the most successful team currently when it comes to FA Cup trophies won.

This is a complete contrast to rivals Spurs who have won the same title on a respectable eight different occasions over the years.

None of those eight have come in recent history though with their latest success coming all the way back in 2008 in a different competition altogether.

Jonathan Woodgate was the hero as the Lillywhites came out on top in the League Cup (known now as Carabao Cup) with their 2-1 victory over Chelsea.

Nuno Espirito Santo will be keen to write his name in Tottenham folklore and do something that many previous managers including the much loved Mauricio Pochettino failed to do during his tenure in N17.

READ ALSO:   Auditions for reality television show BBN season 6 to take place from Monday, May 3 till Sunday, May 16

Meanwhile, West Ham,Crystal Palace, Brentford and other London based clubs around the EFL have little pressure placed on this competition, meaning this could benefit a few of them in trying to string together an impressive cup run this season for their supporters.

The third round of qualifying in this year’s competition took place on Saturday, October 2 as many lower and non-league teams aimed to make it through the subsequent rounds to earn financial rewards and most importantly – potentially setting up a clash with Premier League opposition in round three.

The draw for the first round of the famous competition will take place on Sunday, October 17, at 1:05pm.

You can watch live TV coverage of the draw on ITV, with the programme scheduled to be half an hour long.

A total of 40 matches will be played around the weekend of November 6, with 32 non-league teams joined by the 48 teams from League One and League Two.

Additionally, according to the FA’s official website, the third round games that will involve the majority of the London teams are set to take place at the start of January 2022. 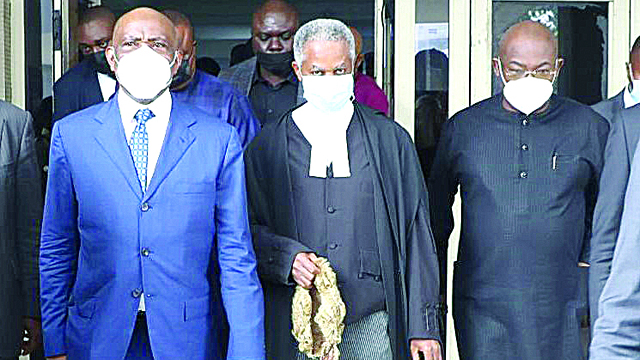