A 48 year old butcher Segun Taiwo, pictured above, has been arrested by men of Ogun state police command in connection with the death of his 50 year old woman friend Abimbola Olusola whose corpse was found by the road side at Aro area of Abeokuta. 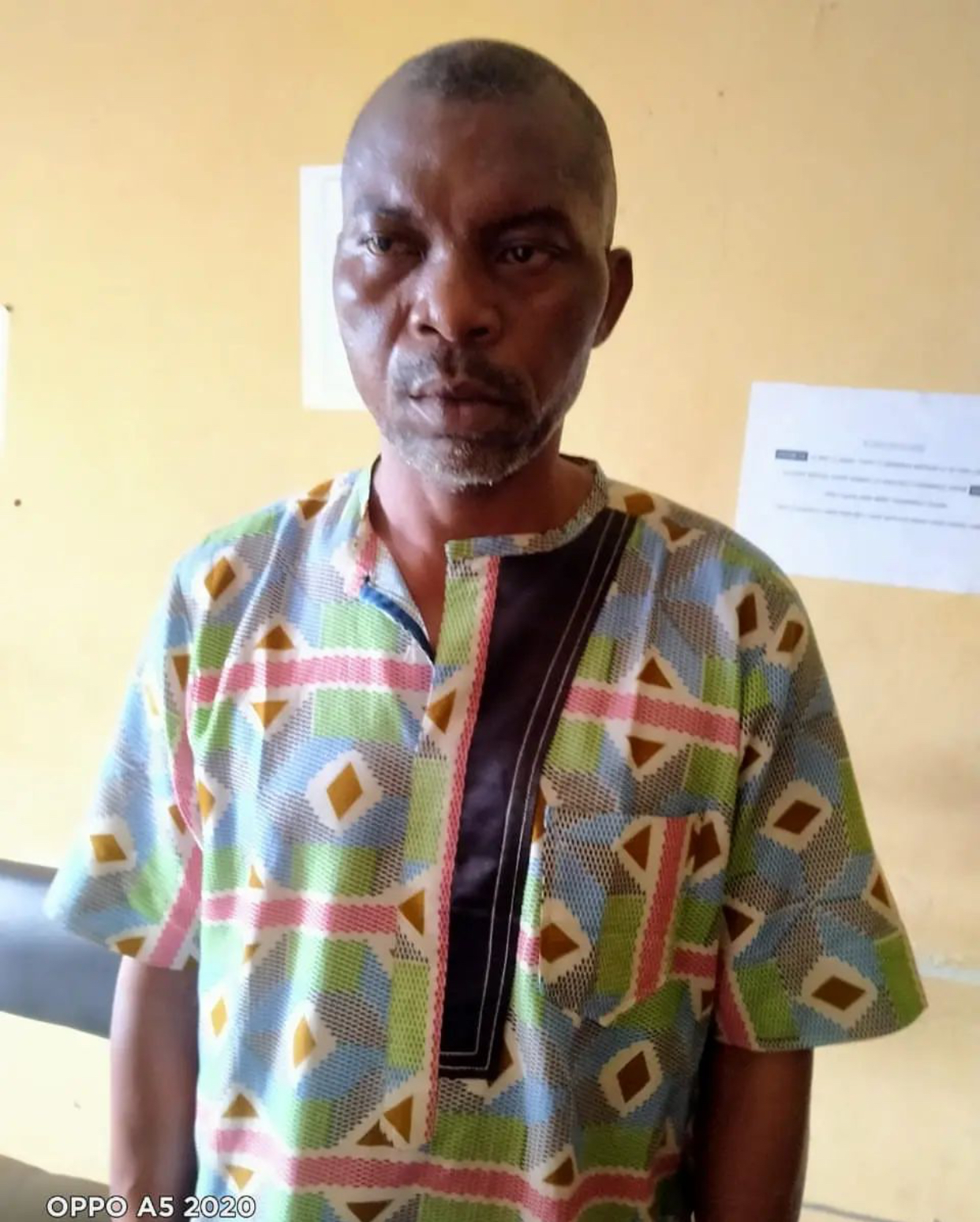 The suspect was arrested following a piece of information received at Lafenwa divisional headquarters, that a woman corpse was seen lying on the roadside at Aro area of Abeokuta.
Upon the information, the DPO at lafenwa despatched his men to the scene, where the corpse was recovered and deposited at the mortuary.

The case was subsequently transferred to state criminal investigation and intelligence department on the order of the commissioner of police CP Lanre Bankole for discreet investigation.

According to the state police command spokesperson, DSP Abimbola Oyeyemi, who confirmed the incident, CSP Femi Olabode led the homicide section there and then embarked on a technical and intelligence-based investigation to unravel the mystery behind the death of the deceased. He said the investigation eventually led them to Obada oko area, where the suspect is living and he was arrested.

On interrogation, the suspect first denied knowing the deceased, but when evidence linking him with the deceased which has been at the disposal of the policemen before his arrest was tabled before him, he was left with no other alternative than to confessed.

In his confession, he told the investigators that he has been dating the deceased since last year and that he invited her to his house on Sunday October 31st to pass the night with him, since his wife is not at home. It was around 3am that the deceased started showing signs of sickness after they have sex together, and before he could do anything, she has given up the ghost.

READ ALSO:   Lady Recount How Her Fiancee Got Married During The Lockdown Without Her Knowledge

He stated further that he took the corpse in his car and drove it to Aro area where he dumped it .

When asked why he behaved in such an inhuman manner, he said he did so out of fear.

Meanwhile, the commissioner of police CP Lanre Bankole who commended his men for the professional manner in which they carried out the investigation has directed that the suspect be charged to court as soon as investigation is concluded.

He therefore appealed to members of the public to always make their whereabouts known to at least one person whenever they have cause to go out of their houses.