Nollywood actress Ada Ameh has slammed former Big Brother Naija ‘Shine Ya Eye’ Housemate Maria for joining the league of Nigerians who do not obey rules and regulations. 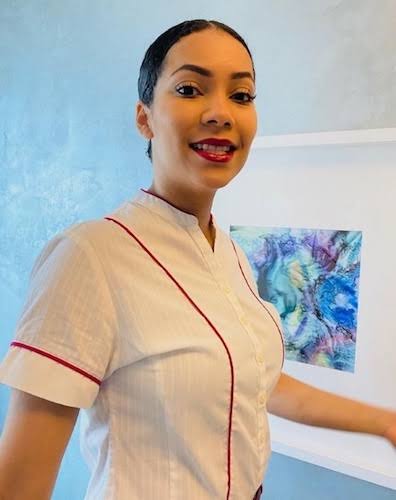 A few days ago, BBNaija’s Pere Egbi cautioned Nigerians who habitually attempt to jeopardise their safety by leaving phones on during critical taking off and landing.

Pere said that one’s safety is more paramount than those texts messages and calls people want to make.

He wrote: “Dear Nigerians, when the flight crew says turn off all mobile devices, especially during the critical phases of taking off and landing, TURN IT OFF! “Those texts and calls can wait! safety first! Happy Friday!”

READ ALSO:   Actress Merit Gold slams Prince Kpokpogri, alleges some of her friends are sleeping with him

Responding to this, Maria, in a post shared on her Instagram page, said with over six years of experience as an ex-flight attendant and a trained basic pilot, nothing can happen to the aircraft/flight at any stage, even if a phone is one.

She wrote: My dearest Nigerians, As an ex-flight attendant for 6 years and a trained basic pilot, there’s absolutely nothing that can happen to the aircraft/flight all any stages of the flight, take off, cruise and landing stages. Thank you 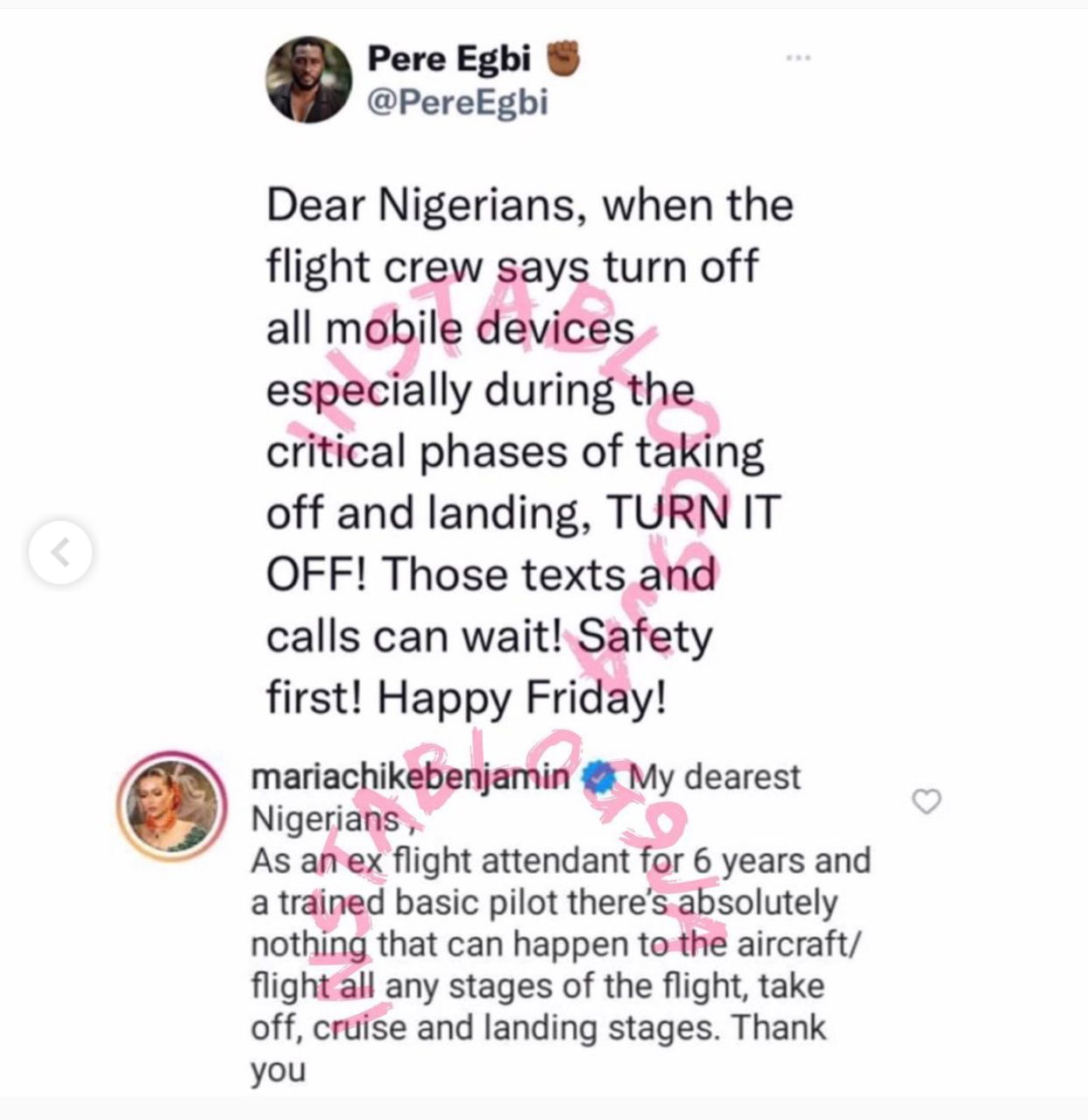 Displeased with the response, Ada Ameh questioned Maria on why pilots make the announcement stating that it’s good to keep quiet sometimes when one does not have anything to say.

Ada Ameh added that Maria had joined many other Nigerians who cannot abide by simple rules and regulations, also encouraging lawlessness. 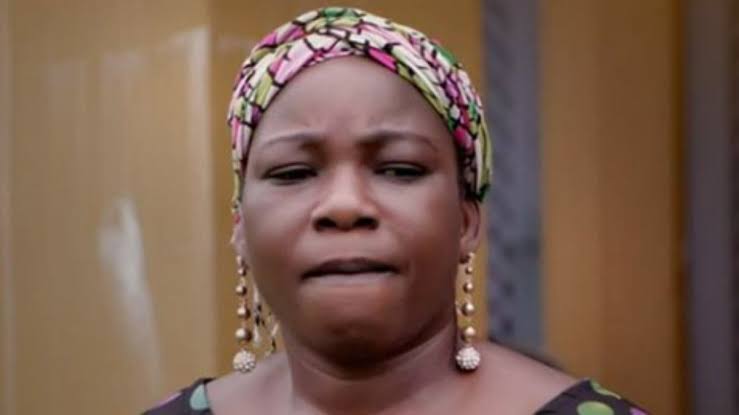 Ada Ameh wrote: Madam, so why are they always making the announcement? Sometimes it’s good to keep quiet if you don’t have anything to say!! You just joined many Nigerians
that cannot abide by simple rules and regulations. And also encourage lawlessness. 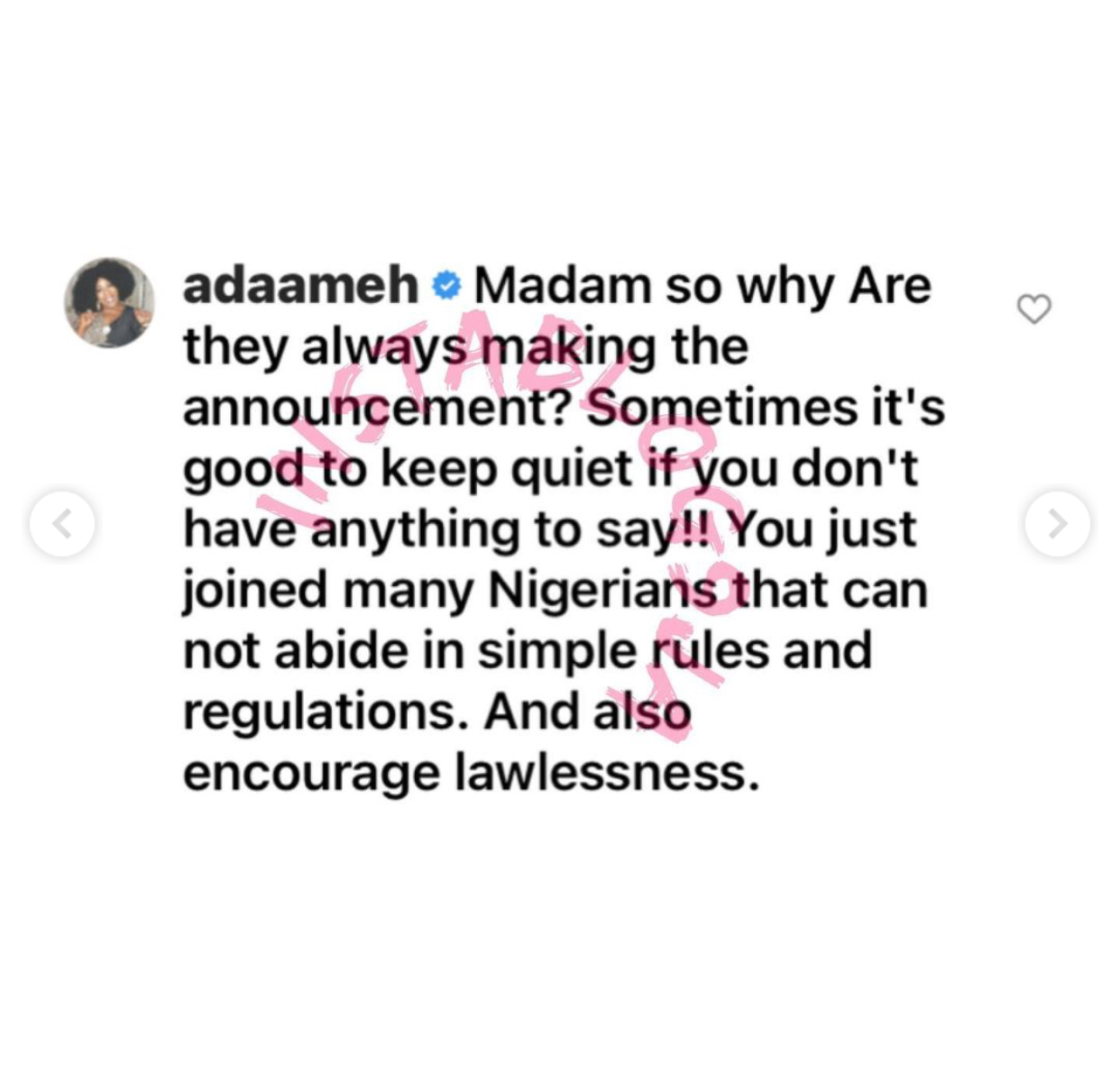