When referee Michael Oliver signalled for full-time on Thursday evening, his whistle came as a relief not just for 10-man Arsenal but a beleaguered Liverpool who were by then going through the motions.

Short on energy and invention, the reds toiled badly in a forgettable League Cup semi-final stalemate.

In fairness, there was some mitigation.

Fears COVID had swept through the squad ultimately proved unfounded but a handful of positive cases appear to have had a negative effect on those returning to action. Certainly, Jurgen Klopp feels as much.

He was also at pains to stress any side losing two first choice attackers to a mid-season international tournament would suffer the consequences.

That second point sticks in the craw for it points to a lack of long-term planning, something Liverpool can definitely be accused of in recent years.

Klopp’s is now an ageing squad in need of a refresh. Yet, as with the spectre of AFCON, that hasn’t triggered any obvious response.

In many ways, the manager’s own future is central to this.

For some time we’ve been told the German will leave Liverpool at the end of his current contract, which runs to 2024. While those behind the scenes will surely have broached the idea of an extension there currently appears little prospect of one.

The danger is that leads to a subsequent malaise.

While Liverpool will always have a pull in the transfer market, the fact is Klopp himself has made us a more attractive proposition.

Top players are drawn by his infectious personality and playing style, not to mention his penchant for improving individuals. They want to sample some of that mystique themselves. Thiago was a case in point.

But anyone Liverpool are currently targeting will be all too aware of the German’s own exit strategy. Negotiations will likely begin with them asking whether the manager himself will be sticking around.

It’s clarification the club themselves could badly do with.

Klopp built an all-conquering team over several years but many of its lynchpins will have peaked by the time he departs. Indeed, his own exit will surely coincide with many of theirs.

His defensive colossus will be 32.

His fabled front three will each be 31, assuming all remain at the club.

Andrew Robertson, Fabinho and Alisson will also be in their 30s.

In other words, a sizable rebuild is required, something Alex Ferguson mastered on three separate occasions.

This won’t come as a surprise to anybody within the corridors of Liverpool but there is a sense those running the club are hoping to convince Klopp to oversee that second cycle. With sporting director Michael Edwards also stepping down, they’ll crave some (any) continuity.

In the meantime however, they risk things drifting. 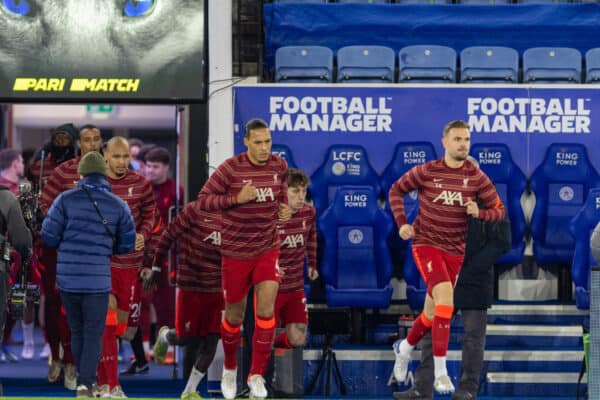 As with all things Liverpool, perspective is needed.

The Reds are currently third in the Premier League, into the last 16 of the Champions League and still have a shot at making the League Cup final. A home draw to Arsenal is hardly a crisis.

Yet there are tell-tale signs of a drop in intensity.

Jordan Henderson has laboured for a month or more, having been in exceptional in the run-up to Christmas. The skipper may be carrying a knock – or simply running on empty given the demands placed on him.

Likewise the last few weeks have resembled a tipping point for James Milner. A Liverpool legend, who remains a great presence within the squad, he should not be starting must-win games at the age of 36.

That he is, points to a lack of depth, or at least a lack of trust in alternative options.

It’s long been said Liverpool’s first-choice XI can compete with anyone. Their backup options though pale in comparison to the likes of Manchester City and Chelsea. Case in point: they failed to muster a meaningful effort on Thursday. 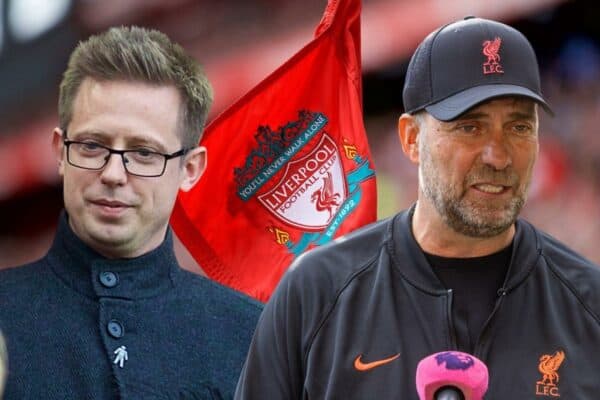 The harsh reality is this playing squad needs a revamp. Moreover Liverpool can ill afford to wait a further two years to begin one.

As counter arguments go, the ownership will undoubtedly point to the emergence of Curtis Jones, Harvey Elliot and Kaide Gordon, all be primed to make the next step in their careers. Not forgetting Ibrahima Konate – the club’s only summer purchase – who could very well feature for the next decade.

But to think they are enough is short-sighted in the extreme.

Blooding youngsters and buying potential is admirable but Liverpool were only truly transformed from challengers to winners when supplementing that with proven quality, namely Van Dijk and Alisson.

Contract renewals are all well and good but there are legitimate concerns about a lack of actual signings in recent windows. Indeed there was simply an acceptance January would bring no incomings, despite AFCON depriving us of three key players. Is that right? 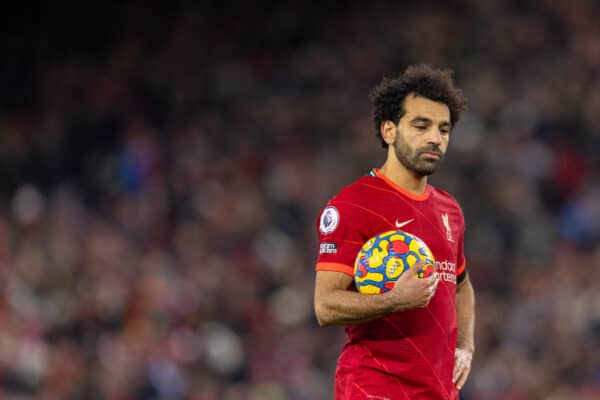 Sooner or later Liverpool – or rather Fenway Sports Group – will have to dip into the transfer market. The longer they leave it, the more work they’ll have to do in bulk. Julian Ward’s job will also be made that bit harder.

Their lack of action and indeed communication on this front is worrying.

We can only hope there is some kind of long-term plan, one not bankrolled by the sale of a certain Egyptian.

If there isn’t we risk the Klopp era, defined by exhilarating football and incredible highs, actually petering out.

That won’t be fair to him, nor any successor… already faced with an impossible task.