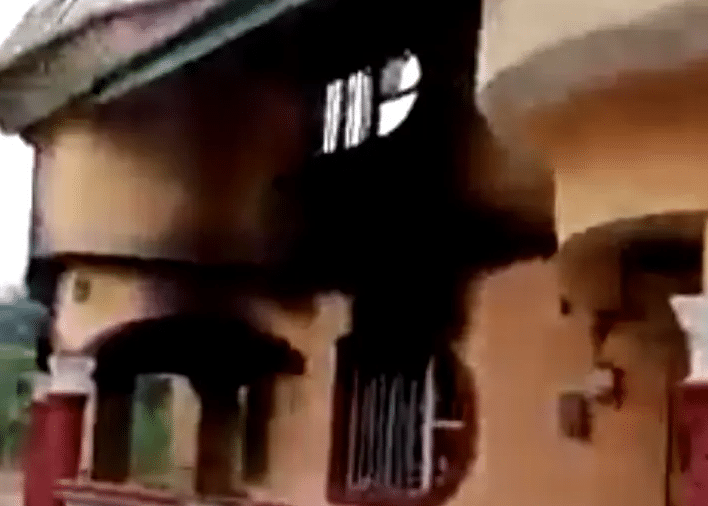 In a statement issued yesterday in Owerri and signed by the President-General of the group, Goodluck Ibem, likened the act as “madness taken far.”

The body, therefore, called for a probe of the act.

According to the statement in part: “The Coalition of South East Youth Leaders, COSEYL, the umbrella body of the youth groups in the South East geopolitical zone condemns in strongest terms the burning and destruction of the house of the President General of Ohanaeze Ndigbo, Professor George Obiozor and the house of his own brother Mr. Obiozor at their country home Awomamma. This arson is madness taken too far.”

The group said: “The act is wicked, despicable, barbaric, senseless and we condemn it in its entirety. This is not who we are as Ndigbo. It is not in the nature of Ndigbo to commit arson or disrespect of elders.”

“Professor George Obiozor since he took over the mantle of leadership as the President General of the Apex socio-cultural group of Ndigbo, he has never been found wanting on any matter affecting Ndigbo. He has always stood in the way to defend the course and interest of our people at all times.”

Ibem continued: “Professor Obiozor accepted the call to champion the course and aspirations of our people because of the love he has for his people. He accepted the call to serve because he wants to use his wide range of contacts and connections to advance the fortune of our people. He is a fulfilled man who achieved so much in his chosen career of endeavour. He is a man of integrity, strength of character and a man with an overflowing zeal to become a blessing to his people.”

“Any tribe that disrespect their leaders should not expect to be respected by other tribes outside their region. These arsonists and their co-travellers must be arrested to account for their actions against this great leader of Ndigbo,” the statement added.