Liverpool’s players tried valiantly to secure Premier League title glory in their 3-1 win over Wolves, but some dipped below their usual standards.

Jurgen Klopp‘s men agonisingly missed out on winning the title on Sunday, following a dramatic final day of the season.

Unfortunately, Man City‘s 3-2 victory at home to Aston Villa rendered the result at Anfield meaningless, as Liverpool missed out in a spirited and cruel manner.

Here we compare our player ratings with those from the Liverpool Echo, WhoScored, FotMob and the TIA readers.

Sadio Mane (8.3) has enjoyed a blistering second half to the season and he was seen as Liverpool’s best player against Wolves.

The Senegalese equalised after a nervy start, taking his goal in typically precise fashion, and he was a threat throughout the game.

TIA’s Mark Delgado claimed that Mane “never relaxed or allowed the defenders time to”, as he led the line brilliantly.

Meanwhile, the Echo‘s Ian Doyle said the 30-year-old was “a constant menace to the Wolves defence”, adding that he took his goal “superbly.”

In second place was Alisson (8.0), as the Brazilian finished his season in a predictably influential manner. 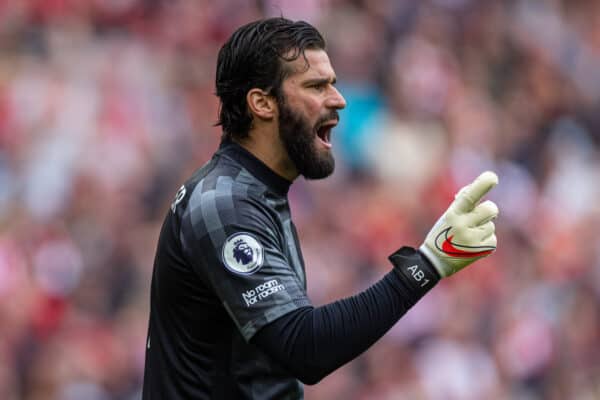 He completed 90 percent of his passes on the day and also made three saves inside the penalty area, according to FotMob.

Thiago (7.8) finished off the top-three, producing a magical assist but also sadly leaving the pitch at half-time with an injury.

Doyle felt that the midfielder “took the game by the scruff of neck from the off” – how big a miss could he be in the Champions League final?

It wasn’t a good afternoon for Diogo Jota (5.8), who got the lowest rating and whose form has dipped hugely in recent weeks.

Next up for Liverpool is the small matter of a trip to Paris next Saturday (8pm BST), as they take on Real Madrid in the Champions League final.

READ ALSO:   Rangers FC could be without as many as six players vs Celtic on Sunday