There were 2 trophies, Kostas Tsimikas collecting one item after another and celebrations galore for Liverpool as they took to the streets of Liverpool for their parade.

This was for us, for no one else but Liverpool supporters.

A time to celebrate and thank a truly remarkable squad, one that will go down in history and yet still has plenty of new chapters to write for this great club.

Sunday’s parade was cathartic for more reasons than one and the players embraced the occasion, as did Liverpool fans who lined the streets to create a sea of red in truly amazing scenes.

These are some of the things we noticed from another amazing day being a Red.

This is the second parade for Jurgen Klopp and the majority of his players, but the first for a handful who joined post the success in Madrid.

And they soaked up every minute of it, with Kostas Tsimikas, Adrian, Diogo Jota, Ibrahima Konate, Thiago and Luis Diaz all settling in for the incredible scenes at the front of the bus.

What an experience for them all, and you feel this will not be the last one for them! 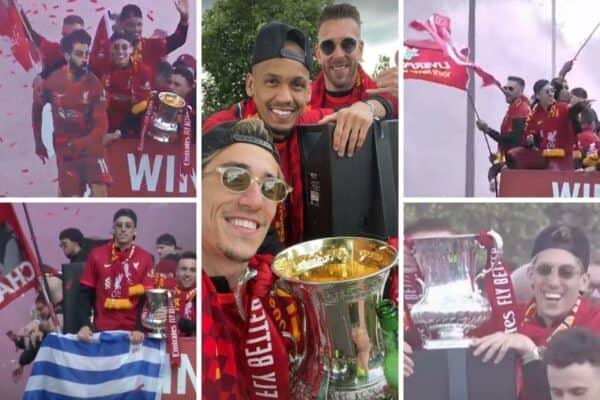 The Scouser Greek was his usual bubbly and excitable self throughout the parade, providing plenty of energy to the fans and his teammates along the 13.5km route.

READ ALSO:   Liverpool join Sevilla, others in race for Onuachu

And he accumulated quite the haul of items throughout the day that he hung over the front of the bus, including but not limited to a Greek flag, Liverpool flag, pyro, a Salah cardboard cutout and, of course, a trophy or two. 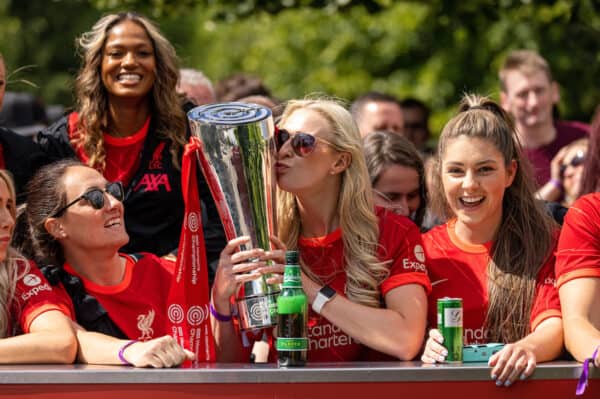 After securing promotion back to the Women’s Super League, Matt Beard’s side had plenty of reasons to celebrate and they had their own bus to show off their Championship title.

It’s an incredible sight for the next generation, for the young girls and boys dreaming of becoming professional footballers, the impact will go far and wide.

It’s not the norm, far from it, for a women’s side to be celebrated in such a manner and Liverpool have shown the standards, it will not be forgotten by the players nor those who lined the streets.

The back seat dancers 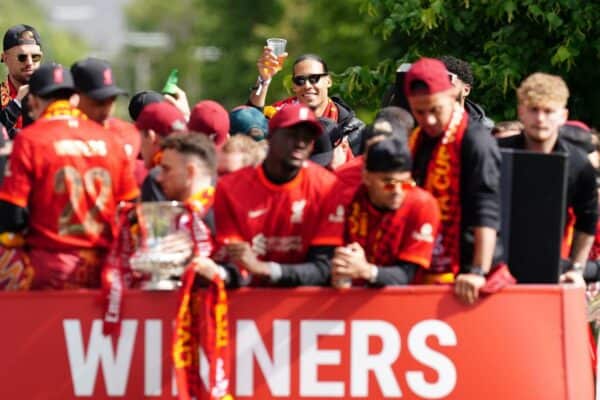 With Calvin Harris taking the role of DJ, the likes of Jordan Henderson, James Milner, Virgil van Dijk, Joe Gomez and Andy Robertson were more than happy to be at the back of the bus dancing the day away.

They looked merry, although a beverage or two was not what was fuelling Milner as he was on the OJ! 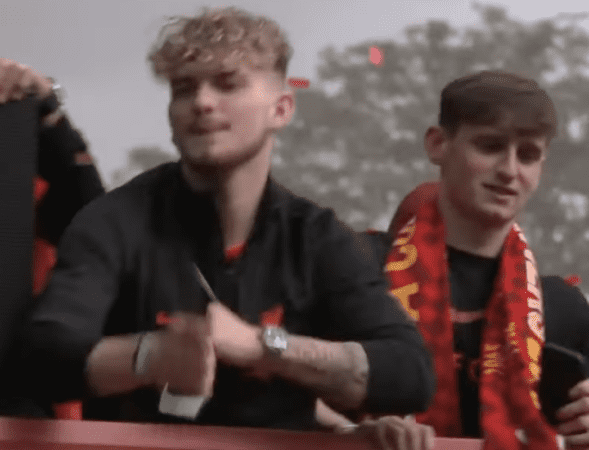 The League Cup and FA Cup success came to be thanks to the foundations laid by the entire squad, including a list of incredibly talented youngsters.

“Always when you have this kind of journey it brings you closer together,” Klopp said earlier this season of the Reds’ success in the domestic cups and it rings true.

The likes of Conor Bradley, Kaide Gordon, Tyler Morton, Elijah Dixon-Bonner, Rhys Williams and Harvey Davies were lapping up the atmosphere, and what an atmosphere it was.

A sea of red. Pyro, fireworks, the lot, and what a sight it was as the parade reached its end.

You had Thiago whipping off his jacket and giving it a whirl, Diaz bouncing in delight, Robertson interacting with the masses and Klopp giving his season’s last fist pumps.

What a sight. What a team. What a season.

Let’s do it all again next year, yes?