Sen. Bola Ahmed Tinubu, leading presidential aspirant of the All Progressives Congress (APC) has charged the presidential candidate of the opposition Peoples Democratic Party (PDP) Atiku Abubakar to base his campaigns on issues.

Tinubu gave the charge on issues-based campaigns in a statement issued on Sunday in Abuja to congratulate Abubakar on his victory at the PDP’s primary election. 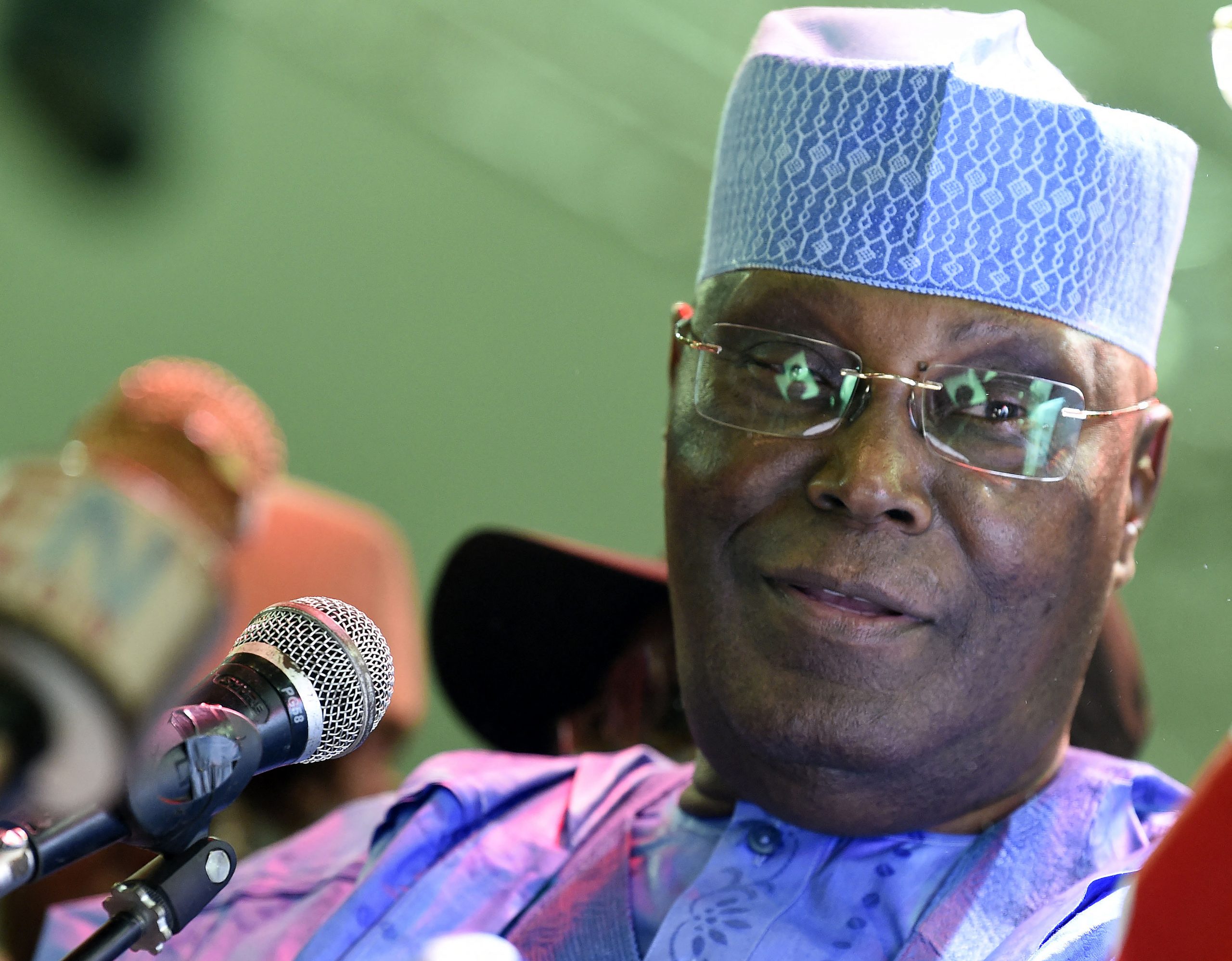 The statement was signed by Mr Bayo Onanuga, Director, Media, and Communication of Tinubu Campaign Organisation.

Tinubu, also national leader of the APC, commended Abubakar for his patriotism and commitment to Nigeria’s progress but warned that Nigerians would ask him pertinent questions during the campaigns.

He said Abubakar must be prepared to tell Nigerians how he planned to reverse his party’s ruination of Nigeria’s prospects during its 16 years of governance between 1999 and 2015.

Tinubu said he expected Abubakar, who was also the 2019 presidential candidate of the PDP, to be his worthy opponent, “by the grace of God and the support of APC’s delegates at the coming 2023 president election’’.

He said the PDP and its candidate would, unfortunately, be burdened to explain why Nigerians should give it another opportunity, after being in government at the centre for 16 years without much to show.

According to Tinubu, Nigerians are yet to forget the national ruin and mismanagement of the country for 16 years by successive PDP administrations.

The two-term Lagos State governor stressed that this bad memory would dog the campaign of the PDP candidate.

“Nevertheless, I once again congratulate our former vice-president for his victory at his party’s primary election,’’ Tinubu said.

He added that Abubakar’s victory did not come as a surprise to Nigerians because of his vast experience as a statesman and veteran of many presidential contests since 1993.

He welcomed the PDP candidate to the race, stressing that the 2023 election campaigns should be about issues that would improve the quality of life of Nigerians.

He added that the election should also bring peace, progress, and political stability and solve a myriad of the socio-political challenges and insecurity currently facing the country.

READ ALSO:   "Everyone should know" - Kai Havertz speaks about his best position on the pitch » Chelsea News

“I welcome the victory of Alhaji Atiku Abubakar as the candidate of the PDP at the just-concluded primary election. I look forward to squaring up with him as a worthy opponent at the coming election.

“I have known the former vice-president as a formidable politician and a patriot who believes in the unity and progress of our dear country.

“As we move further into the election season, I charge the PDP presidential candidate and all political actors across party lines that we should make this election season one that is devoid of bitterness, rancour, and strife.

“We should make our campaigns peaceful and issues-based; election season should be a festival of ideas that will uplift our country and improve the living condition of all our people,’’ Tinubu stressed.

He also congratulated the other PDP contestants for the orderly and peaceful way they conducted themselves and their resolve and pledge to rally around the Abubakar in the true spirit of democratic sportsmanship.

Two former senate presidents, Bukola Saraki who polled 70 votes, and Anyim Pius Anyim, who got 14 votes, were among those who lost to Abubakar at the primary election.

Google Messages Will Soon Let Users React to Texts With Any...