With Sadio Mane now expected to depart Liverpool for Bayern Munich this summer, it has been claimed that a “big bid” for Son Heung-min was planned.

But with Tottenham having secured Champions League football for next season after finishing fourth in the Premier League, that is now unlikely.

It has been reported that, with Mane set to inform the club of his desire to leave, Liverpool will not sanction an exit before lining up a replacement.

That is not a reactive move, but rather one that will have been in the works for many months as not only Mane but also Mohamed Salah and Roberto Firmino head into the final year of their contracts.

According to football.london‘s Alasdair Gold – a reliable source when it comes to Tottenham – the Reds had a “big bid” for Son in the works.

However, they are now “not expected to take their Son interest any further” as it would have been contingent on “if the north London club had failed to qualify for the Champions League next season.”

“There had been discussions about testing Tottenham‘s financial resolve with a big-money move,” Gold explains.

But Spurs finishing fourth, and therefore qualifying for the Champions League, has seen an investment of £150 million from the club’s owners announced ahead of the transfer window.

Son shared the Premier League‘s Golden Boot with Salah after scoring 23 goals this season, and Tottenham are essentially planning their pre-season around him with a lucrative tour of South Korea.

Regardless of whether or not a move came to fruition, it is certainly interesting to hear of potential interest in the 29-year-old.

It is no surprise that those within Liverpool are admirers of Son, with Jurgen Klopp vocal in his praise for the forward in the past and interest widely reported prior to his move from Bayer Leverkusen to Tottenham. 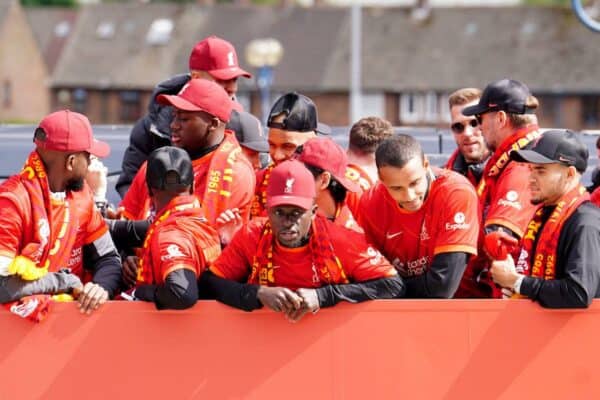 Provided Gold’s information is credible, it would suggest that Liverpool are open to a high-profile addition to the attacking ranks this summer.

Both Erling Haaland and Kylian Mbappe were sounded out before resolving their futures earlier this month, but the fees involved for the generational pair saw the Reds quickly rule out a pursuit.

But ahead of a possible £42.5 million exit for Mane, there is certainly potential for an exciting new arrival at Anfield in the coming weeks or months.

Barcelona: Tielemans blow for Barcelona. They suspect an agreement with another club