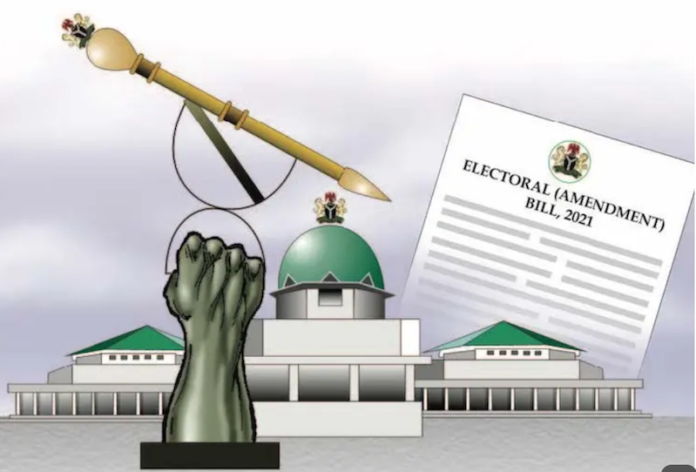 Pre-election litigation essentially refers to intra-party disputes arising from issues of qualification, disqualification, nomination, substitution, wrongful omission, false declaration on oath, conduct of primaries and sponsorship of candidates for the general election. The Constitution and avalanche of judicial decisions of the Supreme Court recognise pre-election matters as an integral part of the electoral process.

Under the Constitution of the Federal Republic of Nigeria, 1999 (as amended), electoral disputes are classified into three different parts vis pre-election, election, and post-election disputes. Regarding pre-election matters specifically, section 285 (14) of the Constitution categorises pre-election matters as follows: one, complaint by an aspirant (targeted at his political party), where there has been failure to comply with the Electoral Act, party constitution or party guidelines in the conduct of the party’s primary election in respect of selection and nomination of candidates for the said primary election.

Two, complaint by an aspirant, targeted at the Independent National Electoral Commission (INEC), that the actions, decisions or activities of INEC did not comply with the Electoral Act, or complaint that the provisions of the Electoral Act or any Act of the National Assembly, pertaining to selection or nomination of candidates and participation in an election have not been complied with by INEC. Examples are registration of voters, delineation of constituencies, formation of political parties, updating of voter’s register, regulation of the conduct of political parties, etc.

Typically, preliminary issues or matters that occur before elections are matters that can only be adjudicated upon by courts of law as opposed to election and post-election dispute which is within the exclusive jurisdiction of the election tribunal.

From the foregoing, it appears that the provision of Section 87 (9) of the defunct Electoral Act, 2010, which provided that an aspirant could approach the Federal High Court or the High Court of a State or the FCT for redress, was aimed at enabling aggrieved parties to approach the High Courts within the state.

Jurisdictional Issues arising from Section 84(14) of the Electoral (Amendment) Act, 2022: Nigeria’s electoral dispute resolution process has been relatively slow in the past which is usually a result of several issues relating to the jurisdiction of the court. The need to speed up the hearing and conclusion of pre-election disputes hence necessitated the adjudication of pre-election matters by the Federal, State and FCT High Court.It should be noted that in the overall effectiveness of the electoral system under the Constitution of the Federal Republic of Nigeria, time is of essence. With the provision of Section 84 (14) of the 2022 Electoral Act which now confer exclusive jurisdiction on the Federal High Court, the court will likely face logistical challenges in the days ahead considering the current number of Judges and divisions of the court vis-à-vis the number of matters before the Court.

Furthermore, pre-election matters are time bound under the Constitution. Section 285(9) and (10) provides that pre-election matter must be filed within 180 days from the date of the occurrence of the event leading to the election disputes and be completed within 180 days from the date of the filing of the suit. This invariably implies that, pending civil and criminal suits at the Federal High Court may be put on hold to meet the mandatory time stipulated in the Constitution for the resolution of electoral disputes.

The Federal High Court is generally conceived to be an overburdened court owing to its numerous matters before the court. As evidenced above, the court suffers from limited manpower and administrative challenges that continues to threaten its overall effectiveness and legitimacy. Hence, conferring exclusive pre-election matter jurisdiction on the court will certainly exacerbate the situation. An alternative may be to set up specialized courts to dispose of pre-election matters. Such courts should consist of judicial personnel with specialized expertise in election disputes that will timeously and effectively dispose of pre-election matters with a guarantee of judicial fairness.

Odugbemi and Adeiza are lawyers at Kenna Partners in Lagos