Standard-bearer of the ruling All Progressives Congress (APC) in the 2023 presidential election, Asiwaju Bola Ahmed Tinubu, on Friday, observed the jumat prayer at the National Mosque, in Abuja, the nation’s capital.

But Asiwaju Tinubu was seen sitting on a chair during the jumat, which was a style once adopted by President Muhammadu Buhari. 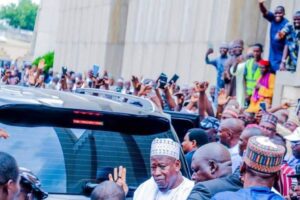 This naturally would further fuel speculation that the APC stalwart was ill and supposedly unfit to rule the country. 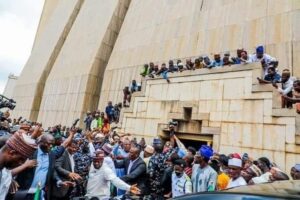 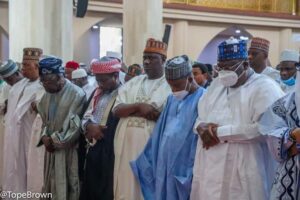