Thousands of people took to the streets in the United States on Saturday to push for action on the devastating gun violence plaguing the country, where Republican politicians have repeatedly blocked efforts to enact stricter firearms laws.

Protesters of all ages streamed onto the National Mall in Washington, where a gun violence prevention group placed more than 45,000 white vases holding flowers — one for each person killed by a firearm in the United States in 2020.

“Protect People Not Guns,” said one sign held by a protester near the Washington Monument. “Fear Has No Place In Schools,” read another. 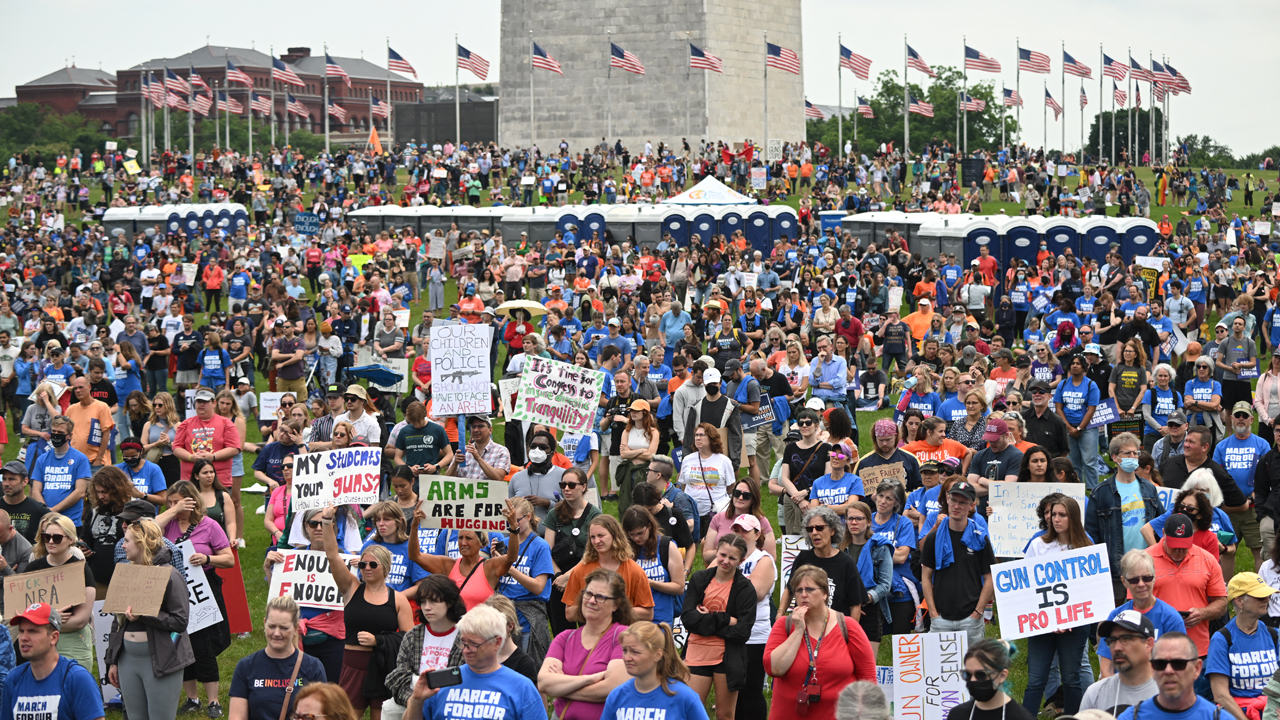 Thousands of gun control advocates join the “March for Our Lives” as they protest against gun violence during a rally near the Washington Monument on the National Mall in Washington, DC, June 11, 2022. – Protesters are demonstrating across the US for tighter firearms laws to curb devastating gun violence plaguing the country. (Photo by SAUL LOEB / AFP)

Two horrific shootings last month — one at a Texas elementary school that killed 19 young children and two teachers, and another at a New York supermarket that left 10 Black people dead — helped spark the call for the protests.

But the problem of gun violence — which has killed more than 19,300 people so far this year in the United States, according to the Gun Violence Archive — goes far beyond high-profile mass killings, with more than half of those deaths due to suicide.

“The will of the American people is being subverted by a minority,” said Cynthia Martins, a 63-year-old resident of the US capital, referring to the Republican Party. 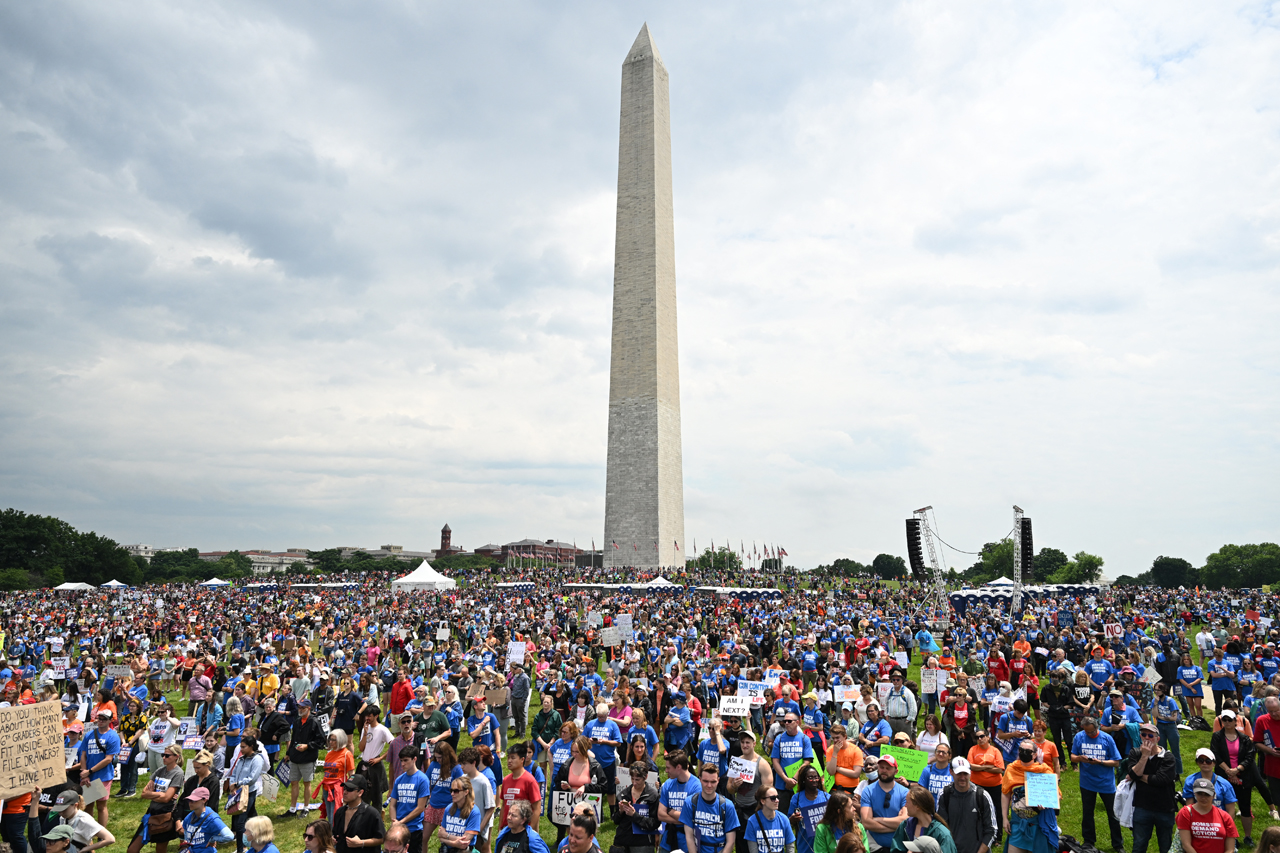 Thousands of gun control advocates join the “March for Our Lives” as they protest against gun violence during a rally near the Washington Monument on the National Mall in Washington, DC, June 11, 2022. – Protesters are demonstrating across the US for tighter firearms laws to curb devastating gun violence plaguing the country. (Photo by SAUL LOEB / AFP)

She carried a sign that used the party’s “GOP” moniker to spell out “Guns Over People.”

“There’s a reason that we’re still in this situation and there’s still mass shootings,” Martins said, adding: “Hand wringing is not going to do anything — you have to make your voice heard.”

Garnell Whitfield, whose 86-year-old mother was killed in the racially motivated supermarket shooting in Buffalo, New York on May 14, spoke from a stage at the Washington protest.

The protests were organized by March for Our Lives, which was founded by survivors of a shooting at a high school in Parkland, Florida, who held a rally that drew hundreds of thousands of people to the nation’s capital in March 2018.

Demonstrators marched in Parkland on Saturday, carrying signs with messages such as “Am I Next?” and “Books Not Bulletproof Backpacks.”

– Widespread outrage, little change –
Protesters also turned out in New York City, with demonstrations planned at hundreds of locations around the country.

Ease of access to firearms, and mental health problems that can lead to them being used in attacks, have both been in the spotlight in the wake of the May 24 shooting at Robb Elementary in Uvalde, Texas.

The massacre was carried out by a gunman who bought two assault rifles shortly after turning 18.

Gun control advocates are calling for tighter restrictions or an outright ban on such rifles, one of which was also used in Buffalo. But opponents of tougher regulations have sought to cast mass shootings as primarily a mental health issue, not a weapons problem.

Frequent mass shootings have led to widespread outrage in the United States, where a majority of people support tighter gun laws, but opposition from many Republican lawmakers has long been a hurdle to major changes.

The Democrat-controlled House of Representatives passed a broad package of proposals this week that included raising the purchasing age for most semi-automatic rifles from 18 to 21, but the party does not have the requisite 60 votes to advance it in the Senate.

A cross-party group of senators has also been working on a narrow collection of controls that could develop into the first serious attempt at gun regulation reform in decades.

But it does not include an assault weapons ban or universal background checks, meaning it will fall short of the expectations of President Joe Biden, progressive Democrats and anti-gun violence activists.

Google Messages Will Soon Let Users React to Texts With Any...