Trent Alexander-Arnold‘s playing time with England has been limited as Gareth Southgate struggles to make the most of his qualities, and it’s noise the England boss has come to expect.

Liverpool’s world-class right-back has just 16 England caps to his name since making his debut in 2018, with 14 of those coming in the starting XI.

But while his standing in Jurgen Klopp‘s squad is under no question, his time with England has started plenty of debates with his strengths not effectively utilised by Southgate.

The England manager has even used Alexander-Arnold in midfield, a move that had Klopp asking: “why make the best right-back in the world a midfielder?”

Alexander-Arnold left the England camp this month after a pre-planned early release, having played only one game, and Southgate has acknowledged the Three Lions are trying to find a way to maximise the No. 66’s quality.

“Trent’s a fantastic player, I don’t think anybody has ever heard me say differently. We could only really play him in one game this camp,” Southgate told reporters.

“He pulled out in March. He wasn’t fit for the Euros. Because he’s a great footballer, I tried him in midfield – there was some validity in looking at that.

“They get him into those forward areas – that is what we tried to do with him from the wing-back position [against Hungary].

“But I have three amazing right-backs. Kyle Walker is one of the best in the world, so is Reece James and so is Trent, they’re different profiles.

“So I’m always going to have those situations where people disagree with the selection. That noise over the last two, three years does seem to have been extremely loud, and I’ve had to ride that and get on with it. 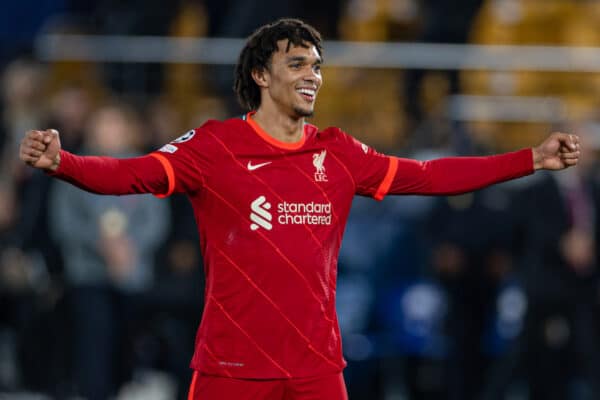 “That’s what I’ve got to deal with. I’m sure the manager of Brazil has the same. I know the manager of France does, and he has won more than I have. So that’s the landscape.”

It’s an issue that Liverpool fans find hard to see when it comes to Alexander-Arnold and England, with his quality and what he can offer clear for all to see.

But in the same turn, England’s loss is Liverpool’s gain in terms of the minutes Alexander-Arnold already plays at club level each season, but you do wonder if England will ever work it out.

Barcelona: Tielemans blow for Barcelona. They suspect an agreement with another club