Again, a group, in Epe Local Government Area of Lagos State, Epe Progressive Indigene for Good Governance (EPIGG), has said that the National Leader of the All Progressive Congress (APC), Asiwaju Bola Ahmed Tinubu, is eminently qualifed to be the Nigeria next president in 2023.

The Group’s Coordinator, Mr. Olayemi Orunbon made this in a congratulatory message to Tinubu, restated their unalloyed support for Tinubu’s presidential ambition, noting that the National Leader would continue to be a rallying point for them and the people of the Local Government Area. 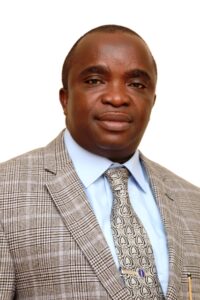 He said that he group had started mobilization for the general elections comes 2023 in making sure that his presidential ambition come to reality, noting that with his antecedent in Lagos State, victory for Bola is 95 percent assured.

“Indeed, he has done credible well in Lagos, his foot print across the 20 local government ares and 37 local council development areas still intact, and all your successors following your good job, no doubt, you will win the incoming general elections in 2023, as we all set for the day”, Orunbon emphasised

He said that the presidential candidate of APC should be expecting nothing less than 500,000 votes from the youths in the Epe Local Government Area of the State, saying that the group would take the bull by the horn in ensuring his victory.

“We want to say to you that you are eminently qualifed to be our president and we want to wish you well in the journey. In fact, for all of us in Epe Local Government Area, Tinubu continues to be our rallying point, but the country is our and we must continue to be united and indivisible nation”, Orunbon said.

The group also restated their commitment to work against fourth term agenda of the House Assembly candidate in the Epe Constituency I, Hon. Abiodun Mustainu Tobun, saying he has no good intention for the Local Government, as his last three terms was no value to the people of the Constituency.

He said that must of the residents of the area were wallows in abject poverty, all their access roads, drainages were in dilapidated condition, saying suffering has become the order of the day for people of the Constituency.

“To be candid, Tobun is not worth be our representative at the State House Of Assembly, he supposed not to in office till now, as he is misfortune and unfortunate for the entire people of the constituency, we don’t want him any more”, the group’s coordinator said